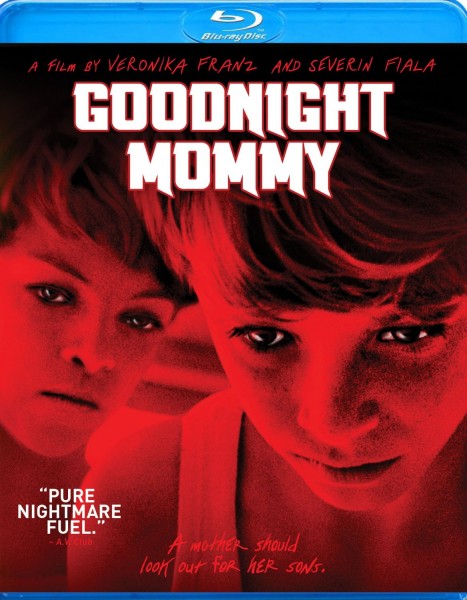 Even when I reviewed Goodnight Mommy at Fantastic Fest 2014, I avoided describing the plot too specifically because I wanted people to be surprised. I still want to preserve the spoilers, but maybe if you’re reading a Blu-ray review, you’ve already seen the movie and you just want to know how good it looks in HD.

The ways in which Goodnight Mommy is terrifying translate really well to Blu-ray. Outside, the boys play in an idyllic landscape of warm nature. Inside the house, the cold, sterile environment is oppressive.

The most squirmy parts are amplified in Blu-ray detail. The boys torture their mother (Susanne Wuest) in ways that would make Misery cover its eyes. The detail of their very real world tortures is all visible on Blu-ray to make you squirm even more.

The Blu-ray also includes an interview with directors Veronika Franz and Severin Fiala. It’s in German and subtitled, which is pretty cool. I know the directors speak English because I interviewed them, but they’re probably more comfortable articulating themes and influences in their native language.