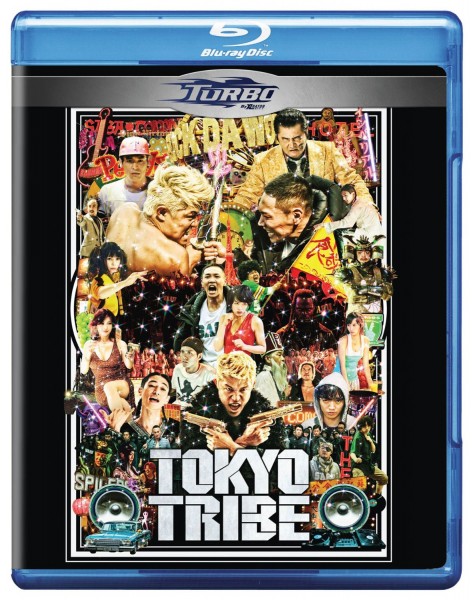 The background of Tokyo Tribe is so packed with detail that every scene looks like Blade Runner, only in the present day. Every gang lair is lit in a different color that shines brightly into your living room, but you can still see all the gritty detail in the production design.

There are occasional rough spots, in chapter 6 and 11 particularly, but I don’t mind. There are so many different looks to Tokyo Tribe, I’m impressed they kept all the big set pieces consistent between each other. If a few dark patches look a bit rough, I’ll take it.

Since most of the film takes place at night in a neon dream, the climactic gang war in broad daylight looks mighty stark by comparison. Still full of gritty detail, but drained of the pastel colors. That’ll make you appreciate the denouement, back to the gang’s night life, all the more.