Midnight is the bewitching hour for Bruce Wayne. He’s been kidnapped by Theo Galavan, and at the stroke of twelve, he’s scheduled to die in a blood ritual performed by The Order of Saint Dumas. Those are the murderous monks that arrived in Gotham to put Galavan back on top of the food chain. Bruce is thrown in a cell to await his fate. And Alfred isn’t in a position to help because he’s trapped under a pile of garbage in the dump, and Jim Gordon still hasn’t recovered from the beating he took from Galavan last episode. All seems lost.

But hold on to your hats, because Alfred does escape his trash-covered coffin. Remember, this is a feistier Alfred than we’re used to. He’s even able to walk off the effects of the knife wounds he took to the stomach and back, during his fight and flight with Tabitha. And Jim Gordon does recover from his beating. He wakes up, finding himself in Edward Nygma’s bed, being nursed back to health by Penguin and Nygma. I guess The Penguin and The Riddler are roommates now. How criminally cozy.

Lucius Fox, who we haven’t seen very much of, emerges from the hidden basement and proclaims that the computer’s hard drive has been repaired. But no one is around to hear. So fearing foul play, he goes to the police to report that Alfred and Bruce are missing. But as far as the police are concerned, not enough time has passed for Fox to file a report. Fox has been toiling down in that basement for a while; trying to repair the computer Alfred smashed several episodes ago.

And speaking of Alfred, what’s he up to? Well he’s dirty and desperate to get back and find Bruce, so he attempts to car-jack some poor shmoe, and ends up getting caught by the police. But before he can explain himself, he takes a Taser to the face and goes down for the count. And the police have put out a warrant for Jim’s arrest, which includes a ‘Wanted’ poster. Gordon disappeared after attacking Mayor Galavan and hasn’t been seen since.

Nygma is there when Lucius Fox talks to Alfred. And he gives away, in one of his riddles, that Jim Gordon is at his place. So Alfred, Fox and Nygma go back to his place to find Jim. And once united, they devise a plan to storm Galavan’s stronghold and save Bruce.  Then, before they can execute their flimsy plan, Selina shows up via window, and joins the assault team.  She knows the way in.

Meanwhile, Bruce gets a visit from Silver, who claims remorse, and stages a fake escape attempt to gain his trust. But Bruce isn’t falling for it, and won’t give Silver what she wants; a kiss and a proclamation of love. It’s all part of a test Theo Galavan set up to see if Silver is still worthy to remain a part of the family. Failure means her death. What a messed up family. But Bruce, being a kind soul, gives Silver the kiss and the “I Love You” in front of Galavan, so that Silver will be spared, even if he isn’t.

It’s midnight in the ceremonial chamber, and Bruce is about to be killed. But Silver speaks up, interrupting the ceremony. And this gives Jim Gordon and his gang time to bust in, gun’s blazing, and save the day. Tabitha and Silver escape via parachutes, while Galavan is left to face the Music. The Captain arrives to take Galavan into custody, but is knocked out by Penguin. He wants revenge! Penguin talks Jim into helping him dole out some street justice. So they cram Galavan into the trunk of a car and drive him down to the bay.

And here’s where it gets all crazy. Penguin takes out a baseball bat and beats Theo Galavan to a pulp. And then our hero, Jim Gordon, takes out his gun and shoots Galavan in the head. He is still a good guy, right? Or is execution crossing that imagined line that the Captain spoke about two episodes ago? How is he going to explain that back at the precinct?

Jim goes back to Lee and tells her that all the madness is over. And he proposes, probably because she told him earlier in the episode that she’s pregnant. Then Mister Freeze executes a hit in Gotham with his freeze gun, looking a lot like Captain Cold from ‘The Flash’.   But its all DC related so nobody’s getting sued. I guess he’s the new Big Bad for the last half of the season. So stay tuned!

Side Note: Gotham actually tied Supergirl in the ratings that matter. And that’s the first time that’s happened since they went head-to-head. So Gotham ends the first half of their season on a high note! 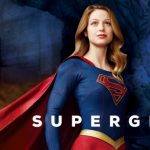 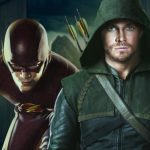