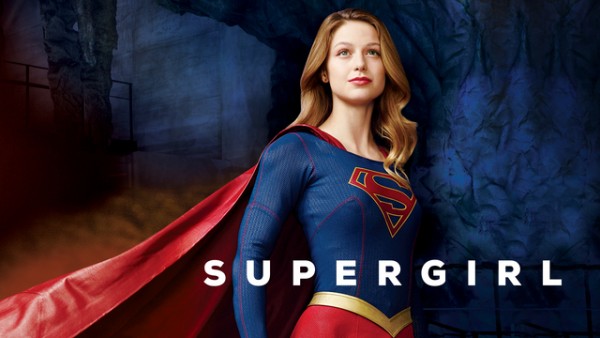 Supergirl has anger issues. First she goes overboard with an obnoxious road rage dude, and then she takes her pint-up rage out on a mindless android she’s testing for the army. The android gets damaged and malfunctions,  going berserk. Becoming a threatening the city. The Android’s name is Red Tornado, and he’s another character that’s been taken from DC Comics. But in the comics, Red Tornado is sentient, and a hero. We’ll have to see if that scenario plays out in future episodes. But in this episode he’s pretty much just the villain.

Red Tornado looks like he’s wearing a Halloween costume. But his powers are well represented. He uses his hands to shoot out mini tornados. And he flies by tornado, just like in the comics. And he also has a stealth mode, that renders him virtual invisible to the naked eye. Oh, and did I forget to mention that he’s red?  Especially his face, as the episode title indicates. Red Tornado was created by super-genius T.O. Morrow, also a character lifted from the comics.

Kara’s inner angst comes from her desire to fit in and be normal. She sees James and Lucy and wonders if she’ll ever have that kind of love, with anyone. She’s an alien, from another planet, and that uniqueness is isolating. Too bad there are no other Kryptonian superheroes around to talk to who may have had to deal with similar issues. Oh wait, there is! Why not call and talk it out with her cousin, or better yet, why not go to see Superman? But it seems this show doesn’t want her relying on Superman for anything, even emotional support. So when she yells at Cat Grant, they go out for drinks and talk it out, which is almost as good…NOT!

James Olsen doesn’t have it that good this episode either. He goes to dinner with Lucy and her Dad, General Lane. And gets told that he’s a no good super hero groupie. General Lane lets James have it. He tells him that he isn’t good enough for Lucy. (Ouch! Possible future Father-in-Law, I guess you won’t be invited to the wedding.)  And if things aren’t bad enough, Red Tornado shows up and knocks Lucy for a loop with his swirling winds. Of course James uses his signal watch to call Supergirl. And they battle. But when Red is about to lose the fight, he unleashes a huge tornado on the city. And he escapes while Supergirl stops it.

With Maxwell Lord’s help, Kara and team Supergirl figure out that Red Tornado isn’t malfunctioning. T.O. Morrow is controlling the android with a telepathic device hooked into his brain. Supergirl fights Red Tornado, while elsewhere Alex fights T.O. Morrow. Alex shoots Morrow, killing him, but that doesn’t stop Red Tornado, who now has a mind of his own. So Supergirl has to call upon her inner rage to end him with an intense blast of heat vision, apparently vaporizing him. BUT, my theory is that Red went into stealth mode and is still out there somewhere. Also, back at the office, Kara cuts her finger on a piece of broken glass and actually bleeds. Is she losing her powers? Stay tuned!!

Side note: We also found out that Hank Henshaw and Doctor Danvers went on a dangerous mission yeas ago, and only Henshaw returned. Danvers, Alex’s Dad, was declared dead, but no body was found. So,  did the real Hank Henshaw come back? And, is Danvers really dead? 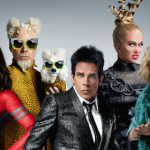