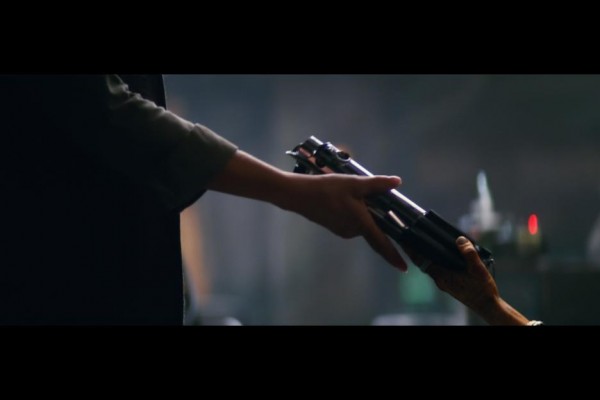 “That’s why we were so excited about Adam [Driver] playing this part because there’s never been a character like Kylo in the saga. No, he hasn’t got his sh*t all together. Adam acts it so beautifully because you expect oh, this is some evil genius, but what you’re getting is all the contradictions and the conflict that people feel, any one of us can feel at any moment. That’s what’s so amazing about it and I think that’s what’s unique about what Adam has done.”

Lawrence Kasdan on the scariest moments writing The Force Awakens: 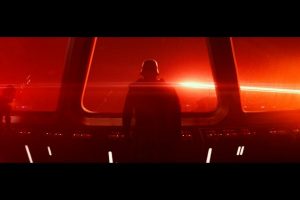 “You know, I don’t associate the process with fear. J.J. [Abrams] and I jumped into the thing under a lot of time pressure and we had fun. In fact, the first day that we started real work on it, we said, ‘You know, we must have fun with these every day.’ It’s really a privilege and you have to be very lucky to get to write the next Star Wars. So we didn’t really have fear. I think we had trepidation about fulfilling people’s expectations, that they be satisfied with what we came out with. But we didn’t want them to know what we were going to come up with and we wanted this moment that’s coming up next week would be a fresh moment for as many people in the world who are interested in it. The only pressure is can you do something that’s worth that much anticipation?”

Lawrence Kasdan on how they come up with those memorable Star Wars character names:

“I don’t know if there were any left over [from George Lucas]. I think the criteria was: did we like it? That was it. Really tough criteria. Did it sound good to say it? Did it feel good to type it? Don’t you think?” 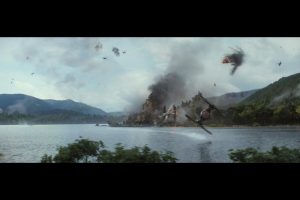 Lawrence Kasdan on the extended Star Wars universe and novels:

“I think it had more to do with Jedi and the continuation of IV, V and VI. This is VII. I think we were aware, we’re respectful of the canon but we really wanted to tell a story that interested us and delighted us. We didn’t really want any rules and parameters. We said, “We can do anything we want with this story. What would be the most fun thing to do on this page and the next page and the page after that?” That was the guiding principal more than the canon or anything that had come before.”

Lawrence Kasdan on his inspirations as a screenwriter:

“Oh yeah. All the movies of Akira Kurosawa have influenced me throughout my career. That’s because he was sort of the Shakespeare of cinema. He did comedies, he did action films, he did Shakespearean drama and all of life is contained in each one of his films. Seven Samurai may be the greatest film ever made, it’s a personal drama, it’s an action picture. So when J.J. and I were working, we kept referring to that. And then we would talk about the great American movies that we loved and things that had influenced the first Star Wars which was Howard Hawks and John Ford. Flash Gordon. When George made A New Hope, he was influenced very much by Kurosawa and by Flash Gordon and by The Wizard of Oz. I think that all those movies, you could feel them in A New Hope. And everything that’s in A New Hope has come down through the movies to this day.” 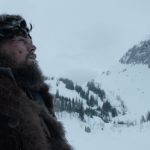 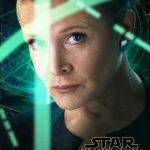