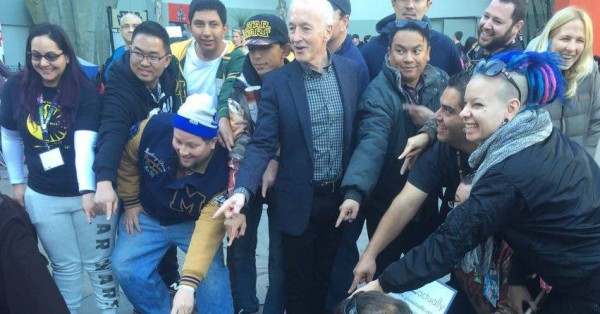 It all began on December 5th when Star Wars fans (organized by LiningUp.net) began the tradition of lining up in front of the TCL Chinese Theater in Hollywood to be among the first to watch The Force Awakens and raise money for Starlight Children’s Foundation. With only a few days left for the film’s official opening and the red carpet premiere happening this Monday. Our fellow Jedis where awaken this morning to an amazing surprise. Anthony Daniels, who plays C-3PO in all seven films, surprised fans who were in line for the movie this morning. He posed for pictures and stood on the famous C-3PO footprints in front of the theater!

More lining up for Star Wars related news – Disney offered one hundred spots to watch the red carpet for The Force Awakens to the people who have earned the most hours in line. 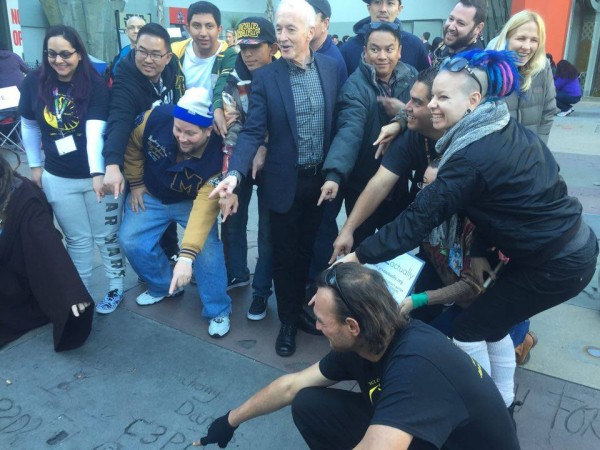 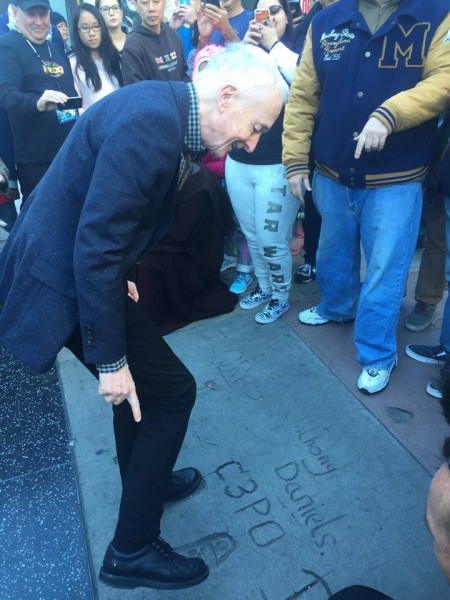 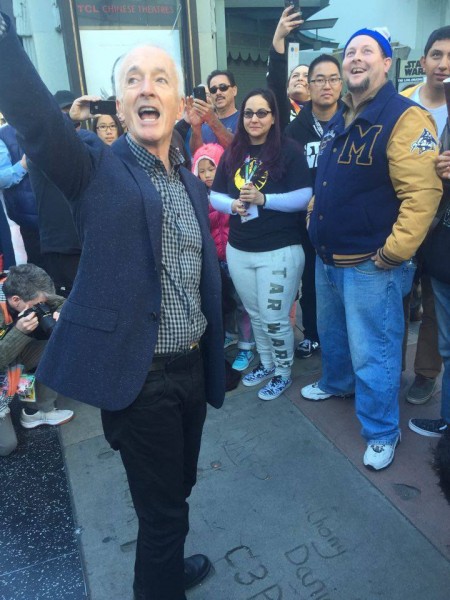