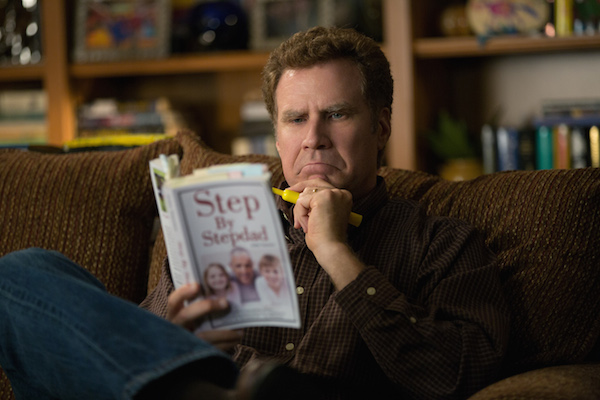 For those of us who cite The Other Guys as one of their favorite Will Ferrell movies, the new comedy Daddy’s Home offers an Other Guys reunion with Mark Wahlberg. This time Ferrell plays Brad Whitaker, the new husband of Dusty Mayron (Wahlberg)’s ex Sarah (Linda Cardellini). When Dusty comes to visit, it’s stepdad vs. real dad.

I got to speak with writer/producer Brian Burns about the new holiday comedy. Burns wrote and produced several seasons of Entourage as well as shows like Blue Bloods and Blue Mountain State. Daddy’s Home opens Christmas Day.

Nerd Report: When you named Will Ferrell’s character Brad Whitaker, were you aware that was the name of a Bond villain?

Brian Burns: No. I didn’t know that. Really?

Brian Burns: Wow, that’s great. I’ll tell you how I came up with the name. I’m Brian so I didn’t want to do me but I wanted it to be pretty close. So that’s how I got Brad and my brother-in-law’s name is Whitaker. I just thought I would give him a shout out.

Nerd Report: That dog wasn’t as haggard as he is in the movie, right?

Brian Burns: No, they did their movie magic to make him look a little more shaggy and scruffy. He’s a cute, sweet dog.

Nerd Report: Did you intentionally give the daughter the most outrageous lines?

Brian Burns: Yeah, yeah. So much of it is based on real life and my stepdaughter Cameron just has such a big personality. So a lot of the moments from the movie are taken from my experiences with her. The children’s drawings, that whole sequence, is from her. When I became a stepdad I was really anxious to see how I was doing with the kids. Was I a presence in their life? So one day my wife calls me and she says, “Cameron just drew a family picture and you’re in it this time.” So I was so excited, I come home from work and I rush to see it. My wife, my stepson and Cameron are all in the foreground, really large, colorful and I am this tiny little stick figure way in the background. So that became the genesis of the whole childhood drawings thing, and the daddy/daughter dance was from her too. When we first got married, she asked me, “So who’s going to take me to the daddy/daughter dance, you or my real dad?” That was kind of the spark for the movie. That’s when I knew I had a good premise. I thought this would be funny, these two dads, complete opposites like me and her dad were and were sort of thrust into this competition for the affection of the kids.

Nerd Report: How old were the kids when you got married and how old are they now?

Nerd Report: I love the theme that being a dad means putting up with a lot of crap. Was that something you came to realize in your own experience?

Brian Burns: Yeah, I suppose some stepdads become stepdads after they’ve had their own kids but that wasn’t the case for me. Being a parent of any kind was a completely brand new experience for me. I had a lot of angst about it. That was really the impetus of the movie, coming up with the idea. When you don’t have any experience and you become a stepfather, it’s like you jump right into the deep end of the pool. I was immediately, by the time we were married, I think James was 13 and Cameron 11, so they’re real, fully formed kids with big personalities and opinions and issues. It was such an eye opener for me, I really felt like wow, this is no joke, this parenting thing. When you jump into it later like that, you don’t have the benefit of that slow buildup to dealing with those bigger issues. You have to take them right on. I also felt that dads are always kind of neglected in movies as dads, as parents. The mom’s usually dealing with the parenting stuff and dad is working. I’m looking around at me and all of my friends and they’re very hands on dads. So I really wanted to play that up and examine that this new generation of dads are as invested in the parenting as the moms are. Much more so than their own fathers were with them, so for men in our generation, the challenges of parenting are kind of a revelation because you’re father is not sharing that with you because he probably didn’t do it to the extent you’re doing it.

Nerd Report: Your stepkids’ names were James and Cameron coincidentally?

Brian Burns: No, and it’s funny, when I was writing Entourage, we had James Cameron do a cameo a couple times. He got a big kick out of the fact that my kids are James Cameron.

Nerd Report: You have some awesome luck with names.

Brian Burns: I know, you make me realize that.

Nerd Report: Was it easy to think of manipulative ways Dusty could position himself as the superior to Brad’s disadvantage?

Brian Burns: It was the most fun because that moreso than anything else in the movie is born out of my own anxiety. I had just gotten married. I had all this anxiety about concerns about how I’m going to measure up as a dad, as a stepdad. But I soon realized that wasn’t the only instant relationship I was diving into. I was also thrust into this brand new pretty intimate relationship with their real dad. He was around and committed to being around. He wasn’t going anywhere. So I had to figure out how to work with him. So all of those story beats about Dusty and what Dusty does to undermine Brad and to unravel all of Brad’s progress were born out of my fears and anxieties of what could happen with their real dad. That was the most fun I had, that and the competition between them when they end up acting more immature than the kids and devolving into this insane competitive competition.

Nerd Report: I trust the anxiety didn’t come to fruition in your life?

Nerd Report: I like that Sarah never thought all of Dusty’s shenanigans were cool, and got to be the good guy as a parent. Was that important that she get a fair shake?

Brian Burns: Absolutely. Moms probably don’t get enough credit for all they do holding it together. I think when there are two dads involved, I know certainly from my wife Kelly, she has an ex-husband, she had a husband, she has two kids with the ex-husband. She has two kids with me. The ages range from five all the way up to 21. That is just such an enormous load to put on somebody. My wife just handles it flawlessly, gracefully and I always just kind of sit there marveling at her ability to juggle all of this. So I really wanted the Sarah character to have that ability. To be able to do it all, maintain her cool but also really be the only grown-up in the room at times.

Brian Burns: Yes, exactly. She isn’t the party pooper either. She’s able to have fun and play her role without being the person who screams no at everybody all the time. Linda did an incredible job.

Nerd Report: When they’re watching movies, we see clips of The Princess Bride but they only talk about Frozen. Was it too expensive to clear Frozen?

Brian Burns: Yeah, yeah. Initially there had been a sequence where as Dusty takes over for Brad as the day to day caregiver, that was a montage that plays over them watching Frozen on a loop. It was really funny but we just couldn’t get it done.

Nerd Report: When you write a scene where Will Ferrell gets drunk and makes a scene, does he just run with it?

Brian Burns: Will is incredible with that stuff. One of my favorite experiences with this whole process is I’d come up with this idea and I got the opportunity to come in and pitch it to Will, Adam McKay and Chris Henchy. I’m so nervous, right? Because I have to make Will Ferrell and Adam McKay laugh. I’m just terrified at the thought of it but they were amazing. I get in there and I start pitching and I’m not five minutes into it when Will is up on his feet and improvising scenes that I’m pitching with Adam McKay. They’re acting them out and they’re making them 10 times better than what’s coming out of my mouth. That’s what the whole process of writing the script and making the movie with him was like. You can just kind of get the ball rolling and he hits home runs with it.

Nerd Report: Are any of Mark’s entourage in the movie?

Brian Burns: That’s a good question. I think one or two of them make an appearance but I’m not positive. That’s a good one. It was great seeing them all again. It’s fun for me because I wrote Entourage. I knew Mark and the guys from that experience. It was very meta.

Nerd Report: What are you working on next?

Brian Burns: I’m doing a pilot for CBS that is a one hour. It’s a police show but with some comic element. Then I have a feature that I’m sort of in the middle of setting up, another Christmas comedy that I think I’m going to be able to announce in the next week or so.

Nerd Report: With any of the same team as Daddy’s Home?

Brian Burns: Not as of yet.

Brian Burns: It’s about a 40-year-old rookie so I’m having fun with that. It’s like a guy who comes from a family of cops but he takes a different path and becomes a very successful criminal defense attorney. But the guilt of that over time drives him to abandon that career. He has this Jerry Maguire moment and he gives up law to join the police department at 40-years-old.

Nerd Report: Do you have a working title? 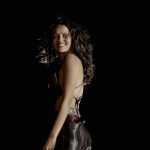