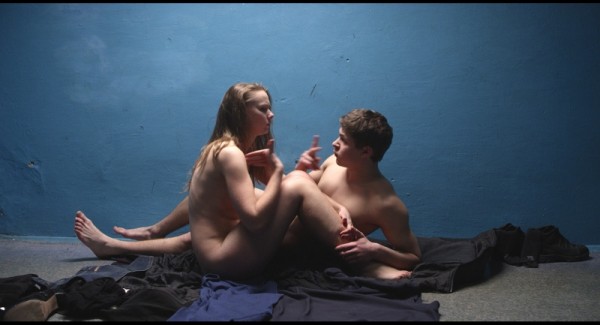 Since I’ve been traveling on the film festival circuit, I’ve been discovering a lot more movies that satisfy my cravings even more than big Hollywood movies. Some won’t come out until next year so be on the lookout for Touched With Fire, Green Room and Too Late in 2016. Until then, here is my list of a bunch of movies you’ve never heard of, but a few biggies too.

20. The Revenant – I love survival tales and they don’t get more harrowing than this. Inarritu’s enveloping, immersive camera and sound really puts you in Hugh Glass (Leonardo DiCaprio)’s perspective. And women will totally see this. Women like good movies, right? Men are watching Room and that’s even tougher than The Revenant so I think we’re beyond gender divisions in movies.

19. Furious 7 – Working in an impossible situation, Furious 7 still manages to deliver a satisfying payoff to Furious 6 (that’s the actual title, check the Blu-ray) and an emotional sendoff to Paul Walker.

16. The Big Short – I’ve been trying to tell people this for nine years! Thank you, Michael Lewis, for writing about it and thank you, Adam McKay, for making it an engaging, star studded romp. Also, what a powerful illustration of the unique tools cinema has to articulate a story. Those celebrity explanations wouldn’t have worked in a book or on stage. Maybe on radio, but Margot Robbie and Selena Gomez wouldn’t do radio.

15. Sharknado 3 – You know, this premiered on Syfy but damned if it’s not one of the more satisfying sequels of the year. They really went to a new level, getting to space earlier in the franchise than Jason or Leprechaun did. It’s actually expanding the mythology of Sharknado without explaining it in exposition, and stepping up the ridiculous set pieces like the White House and Universal Studios.

14. White God – An amazing film comprised mostly of animal performances. It’s harrowing as hell and will play on audience sensitivity to canine violence, but they get intense performances out of the dogs in a profound story.

13 .Zipper – Nothing takes the edge off a drama as much as likability. Zipper is a thriller that’s not afraid to make its protagonist unlikable, and it’s all the more fascinating to watch his descent into debauchery. Patrick Wilson plays a political hopeful who becomes obsessed with professional escorts. The film makes the escort business as compelling as a mob movie would make skimming protection money, and it pulls no punches when it comes to Wilson’s character or the criminalization of sex work.

12. Inside Out – Pixar is back after a rough patch with a film that nails the emotion and humor of growing up. Even as a Herman’s Head loyalist, I’ve got to admit that it’s got its own take and there’s room for both Inside Out and Herman’s Head.

11. Spectre – This is the Bond movie I’ve been waiting for since Casino Royale. Daniel Craig finally goes on a mission for M, even if he’s still doing it on his own terms. After having major issues with Skyfall tying to have it both ways as “new Bond” and “50th anniversary retrospective,” I think Spectre found the perfect tone to recontextualize Bond for the new millennium.

7. The Martian – I could not believe how great The Martian was. I figured it would be impressive and scientifically accurate, but it is a nonstop thrill ride. The humor and inspirational spirit put it over the top.

6. 99 Homes – As gratifying as The Big Short was, 99 Homes went even further, turning the housing crisis into an intense thriller. Rick Carver (Michael Shannon) also lays out everything I was trying to tell people for nine years, but Dennis Nash (Andrew Garfield) goes further than I could have, trying to beat the banks at their own game. Independently 99 Homes is an exciting drama, but Ramin Bahrani shows how drama can illuminate real issues and I hope people take notice.

5. Love and Mercy – The life story of Brian Wilson would make an interesting movie no matter what angle you take, but this film made it profound. Writer Oren Moverman and director Bill Pohlad found a way to put the audience in Wilson’s head. I could relate to a lot of his sensitivity as an artist of sorts myself, and the dual casting of John Cusack and Paul Dano was seamless.

3. Mad Max: Fury Road – It took me a second viewing to fully appreciate the complete genius of this movie, and it has held up upon a fourth viewing, in black and white too. While the action is great, my favorite parts are the world building. The citadel is a complete society mapped out as an ecosystem, but we only see it at work. They never stop to explain it. I love the War Boys’ desperate hunger to please Immortan Joe, the Doof and the Vuvalini badasses.

2. Seoul Searching – Seoul Searching didn’t quite reach its self-distribution goals but it still effectively came out this year. It truly deserves to be seen. The cast is extraordinary in an ‘80s comedy that captures the best of John Hughes: universal relatable characters, high concept comedy and poignant heart. Writer/director Benson Lee is right. The audience and the Asian acting industry deserve to have this film shown in theaters, not just as a VOD niche.