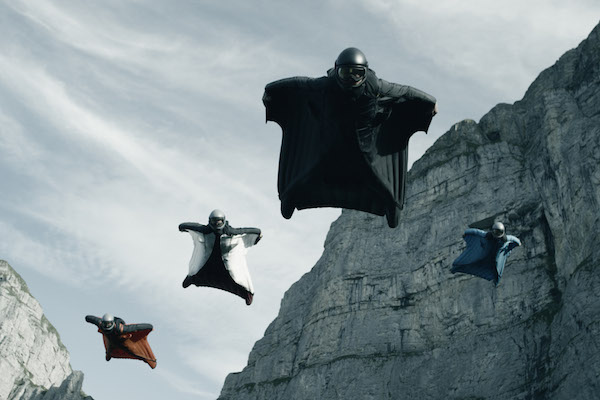 Point Break promises even more extreme action than the movie it is based on, by including extreme sports that didn’t exist yet in 1991. As a cinematographer, Ericson Core has shot extreme movies before like The Fast and the Furious and Payback. As a director, Point Break is only Core’s second movie after Invincible. I got to speak with Core about the extreme action he shot in Point Break while keeping it about the characters Bodhi (Edgar Ramirez) and Johnny Utah (Luke Bracey). Point Break opens Christmas Day.

Nerd Report: Invincible was a hit. Were there other movies you were trying to get going?

Ericson Core: Certainly. I had an eight year break in between films but it wasn’t without trying. I had probably a dozen films. There were certain films I tried to avoid. I tried to avoid the tentpole broad movies. I really wanted to do character work. I was a big fan of, and still am, of American ‘70s movies which had character before action, which changed a bit later after Star Wars and other films but ultimately I love character work and I love character driven drama mainly. So I worked very hard to get those made which are very rare. Not many people make those. I’m hoping that even though we have this epic scale in Point Break that in it there’s a deeper bond and a character driven story that holds it together.

Nerd Report: At a certain point, no matter how epic the location, you’re focusing on the two of them.

Ericson Core: Absolutely, it really comes down to that. And also I think there’s a deep connection between Bodhi and Utah in terms of who Utah is and what’s broken him, what he’s trying to find and what attracts Bodhi to him in terms of seeing his former self in him and wanting to bring him along. So that’s an important element.

Nerd Report: How did you maintain that focus when you’re shooting such epic action?

Ericson Core: It’s so interesting you say that and I appreciate that deeply because my favorite filmmaker is David Lean, who no one can touch. He was extraordinary but the thing that was so amazing about David Lean to me, Lawrence of Arabia in particular, he told an epic tale. He told the greatest of epic tales of Lawrence of Arabia and Arabia coming together in the throws of WWI, while at the same time telling an unbelievably intimate tale of a brilliant man becoming lost and finally finding himself and realizing he was powerless to do anything to these greater powers that existed outside of him. Began feeling powerful, began feeling helpless by the end. It was a very intimate tale but it was told on an epic scale. That has always inspired me and affected me in wanting to be a filmmaker. Seeing his work, Akira Kurasawa’s work who are capable of doing that, was part of my inspiration as a filmmaker.

Look, shooting action is incredibly fun. I’m very grateful for going to those locations. Shooting a football movie was fun and exciting but that’s not what floats my boat. For me it’s about getting truth and performance from actors and getting a character story that holds that all together so that they aren’t an action sequence for an action sequence’s sake alone, but they have a need in the film at a particular moment of tension, of obstacle for a character that needs to be overcome, that that’s the moment that we move towards action. It only holds together if you tell a story that you care about, so you’ve got to care about Utah, you’ve got to care about Bodhi which was my main intent.

Nerd Report: How did you give this Point Break a unique look?

Ericson Core: The GoPro aesthetic is one thing. I didn’t try to do the GoPro aesthetic because people see that with those wide angle lenses that give you a certain look but one of the things that’s different than GoPro from what we did, even though the GoPro cameras are there, they have such an extraordinarily wide lens that they give you a particular look and feel. My feeling was that lenses tell a story. They’re paint brushes. They’re the ways that you help create and send energy of a story, so I went with sort of medium length lenses at times and things that increase the movement through frame, the energy of it, the speed of it. So I tried to do things that would get as authentic as possible to what it was because GoPro at times doesn’t.

Nerd Report: What do you want to do next?

Ericson Core: The only place I find my true bliss is on a film set. I love telling story. It’s what I’m made to do is collaborate and tell stories, not as a novelist or a sculptor, but with a collaborative group on set telling a story and guiding that from beginning to end. I love that process so I want to tell something that has deep character and connection dramatically. What the scale of it is will depend, but I must say the enticement of a film like this where we were able to shoot in 11 countries and all these gorgeous locations is something that was intoxicating and I’d love to do something where I get to travel the world again too. 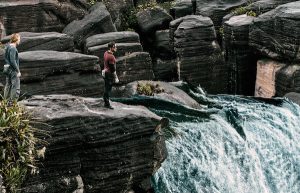 Nerd Report: What are some places you’d still like to visit?

Ericson Core: Everywhere. I love the natural landscapes of the world and the more of them I can see, the happier I’ll be.

Nerd Report: Do you have something specific lined up, something outdoors?

Ericson Core: I always, when I’m not working, I go to the mountains. That’s what I do. My family too. I’ll be spending time, as soon as the thaw happens, we’ll be up in the mountains backpacking and mountaineering as much as possible, as far away from phones and electronic sources as we can to get away and reground. That’s where I find myself being very happy too so it was the greatest thing about this film. I was able to connect nature and mountains with filmmaking. There’s nothing better for me, so hope to find that again.