2015 was a great year to be Franchise Fred. There were an unprecedented amount of franchise installments. In one sense, it was simply a practical matter. There are now more franchises to service that have been created in the past 50 years of cinema. However, it does also speak to the interest in continuing stories. There wouldn’t have been the sheer number of franchises in the ‘80s, but it was also harder to convince people they should continue. With the banner year for franchises now behind us, Franchise Fred presents the 12 Best Franchise Installments of 2015. 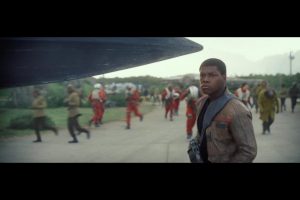 John Boyega as Finn in Star Wars: The Force Awakens

12. Star Wars: The Force Awakens – I’m not here to bash The Force Awakens. I got a full review to articulate my misgivings, though spoiler free. It did the job of introducing new characters and bringing back the originals. It’s just low on this list because it didn’t do the best job actually forwarding the story of the franchise. The parallels with the original trilogy were too much even for me. I’d waited 32 years to find out what happens next, and it turns out the answer is: the exact same thing. Instead of a father turning to the dark side, it’s a son. Instead of Obi Wan getting struck down, it’s another beloved character. I mean, I know history repeats itself but you’ve still got to make it dramatically satisfying to see another big round planet killing death star. There may only seven plots in the world, but at least use one of the other six! But Rey, Finn and Poe are great. I can’t wait to see what Rian Johnson does with them in Episode VIII. 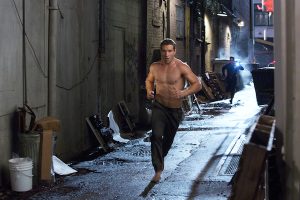 11. Terminator: Genisys – Yes, I’m putting Sega Genisys above Star Wars. I’ll take the plot holes in its time travel logic because at least it was trying to tell a different story. I enjoyed seeing a new 1984 play out, which seems organic to time travel. If they have time travel at their disposal they can keep trying and trying until they get it right. My biggest question is: While Pops was waiting in L.A. for Sarah and John to time travel into 2017, who was the governor of California from 2003-20011? 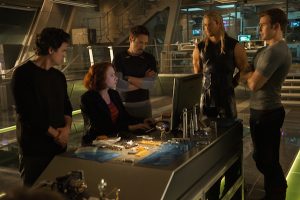 10. Avengers: Age of Ultron – Sure, there were tons of expository set ups for future movies. That’s every Marvel movie. Too late to start complaining, and I think Joss Whedon handles those burdens better than any other Marvel director so far. He still made a movie about The Avengers being a group of superheroes. Where the first team-up had them reluctantly become a team, the sequel shows The Avengers as friends in quiet, playful moments. The danger of Ultron tears them apart philosophically, because you have the scientists in Tony Stark and Bruce Banner defending discovery and all the risks it entails, versus the plain old “don’t create monsters” team. It’s also Whedon’s version of the darker sequel so he riffs on that trope in some fun ways. 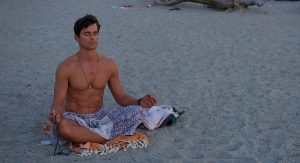 9. Magic Mike XXL/Pitch Perfect 2 – For two movies whose originals I didn’t like to have two sequels I did makes these two tie for most improved franchises of 2015. Actually, I hated Pitch Perfect more than Magic Mike so Pitch 2 has the edge, but both corrected problems well. XXL emphasized more dancing and dispensed with the pretense of a plot, although it would behoove them not to linger on seemingly improvised dialogue. Pitch Perfect 2 also had more music, which is what we’re there for, and more ridiculous absurd comedy so it wasn’t really important to invest in the underdog story anymore. 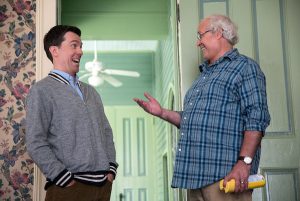 Ed Helms and Chevy Chase as Rusty and Clark Griswold

8. Vacation – Vacation brought back the Griswolds for me and I hope it brought them back for a few more vacations, but I might be alone there. It did rely on too much grossout humor and violence, but other than that it really captured the Griswold spirit. There are endless opportunities for episodic encounters on the road wherever the Griswolds go, with Russ (Ed Helms) now overcompensating to show his family fun. It’s also a great example of delivering nostalgic references without relying on them too frequently. 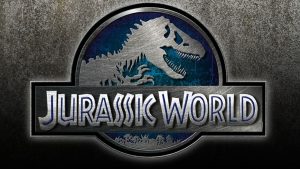 7. Jurassic World – Resurrecting the Jurassic Park franchise over a decade after the last entry turned out to be as simple as fulfilling the promise of the original movie. What if they actually did open the park and Ian Malcolm’s warnings came true? It also gave the filmmakers a chance to comment on where theme parks have gone in the decades since Malcolm compared Jurassic Park to Pirate of the Caribbean. Indominus Rex may have unintentionally shown the flaws in the “bigger, better” mentality, but it also served to prove T-Rex is still the king. 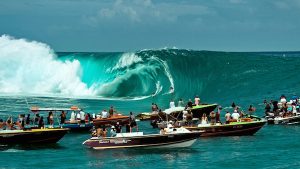 Tow-in surfing is one of the many new additions to Point Break.

6. Point Break – Based on the reactions to this remake, it may be another 24 years before I see another Point Break. To me, this is the best case scenario for a remake. Rumor has it the late Patrick Swayze actually wanted to do a sequel where Bodhi washed up on shore somewhere. Franchise Fred would have approved that, but now even if Keanu Reeves wanted to return to Johnny Utah, too much has changed. The evolution of the extreme sports world was the reason to apply Point Break to this world, and I really liked the new context for Bodhi (Edgar Ramirez) and Utah (Luke Bracey). In some ways it is a spiritual sequel where perhaps new characters took on the names Utah and Bodhi for independent, specific reasons. I would love to see this Utah pursue more extreme criminals, whether Bodhi or otherwise, but it looks like I’ll just have to be happy with Point Rebreak. 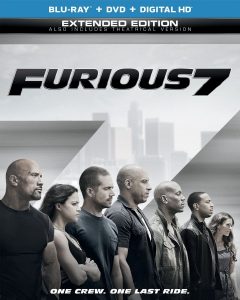 5. Furious 7 – Everything I wanted in a Fast and the Furious movie, and more due to the circumstances surrounding it. Since Paul Walker wasn’t able to finish the film, it’s amazing Furious 7 works at all, let alone works as one of the best in the series. That’s thanks largely to James Wan’s fresh take with scenes like the opening hospital destruction. This movie just gets the bravado of beefcake tough guys and celebrates them being awesome. When Walker died, some who’d gotten to know him periodically felt the loss, but I wasn’t sure how much the general public would feel it. Maybe they would have anyway, but I think the tribute to Walker crafted by Furious 7 made everyone feel the emotional weight whether they were inclined to or not. 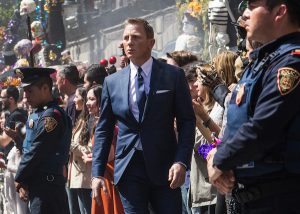 4. Spectre – Okay, so I criticize The Force Awakens for repetitive narrative, but I love Spectre for the homages it pays to Ian Fleming and past movies. Here’s the difference. Movies like Spectre and Creed can explore the formula in a modern context. Star Wars is not modern, so there’s no new context. It’s just repeating. The Bond films have been exploring what it means to have a license to kill, what it means to seduce for living, what it means to have gadgets. So seeing the Craig Bond discover SPECTRE, its evil lair, snow covered mountains, fighting on a train and wearing a Baron Samedi mask were relevant in new ways. It’s also fun to see Craig adding a bit of Harrison Ford into his mannerisms, with grimaces and incensed reactions to absurd phenomena. 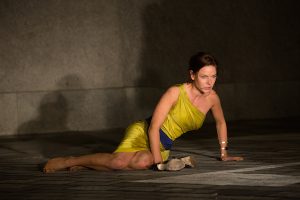 3. Mission Impossible: Rogue Nation – I must say an even more awesome spy movie than Spectre, but only slightly. Christopher McQuarrie’s gritty take on an Ethan Hunt adventure didn’t compromise any of the incredible spectacle. It did have some fun with Hunt suffering a bit of damage for all his wear and tear, but what really made Rogue Nation was Rebecca Ferguson. As much as this was supposed to be a franchise for a new director’s stamp every entry, in a way it makes sense that they took five tries to get it perfect and now McQuarrie and Ferguson are returning. A word of caution though, everyone wanted Sam Mendes back for another Bond film too and then they didn’t like his second one. Personally I’m a lot more curious what two McQuarries in a row will look like for Mission Impossible. 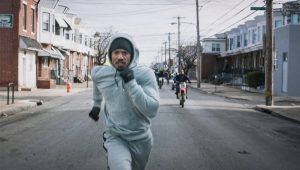 Even a still frame of this makes me want to work out.

2. Creed – This is the best case Franchise Fred could ever have for turning over a very personal franchise to some new blood. Like Spectre, this is also a stronger case for repeating narrative elements in a modern context. True, Adonis Johnson-Creed (Michael B. Jordan) may be an underdog new boxer getting a last minute title shot at the champ, but the sports world has changed a lot in 40 years so there are many new ways to explore it. In the case of Creed, I think the themes have changed more dramatically than the superficial story. I still marvel at the film’s compassionate take on blended families. The fragility of secrecy in the media is a poignant new theme. The ego of Adonis is way different than Rocky’s humility. Plus, Rocky’s medical fight is a brand new subplot and gives him a fight he’s not interested in fighting. That’s some drama. 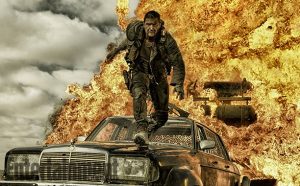 1. Mad Max Fury Road – World building doesn’t get any better than George Miller. While most people marvel at the action, my favorite things in the latest Mad Max are the new additions to the post-apocalyptic world. I love just looking around The Citadel to see how it runs, the neighboring societies, the War Boy culture and how genuinely happy they are to be dying, the Doof and his absurdly wonderful guitar hero antics, and the Vuvalini, my God the Vuvalini. This is just a world I want to revisit again and again. It could be a chamber piece, but that’s sort of what Thunderdome was already. I honestly didn’t think there’d be a faster, more furious movie than Furious 7 and I fought it for a month or so. Luckily I discovered this is the fastest, most Furiosa movie of the year!