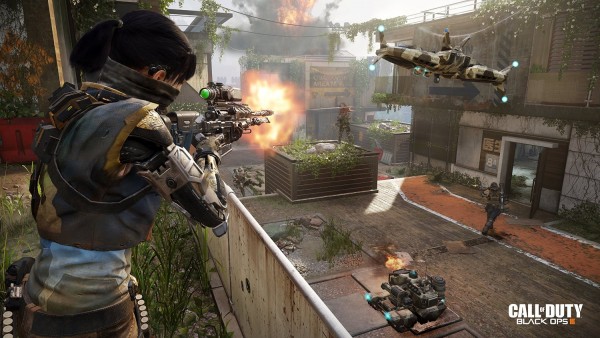 I know Call of Duty Black Ops III must be a great game because I suck at it. Actually, I shouldn’t be so hard on myself. I’ve been picking up the different skills and abilities fairly well. It’s just there are so many, it always feels like I’ve got more to learn. 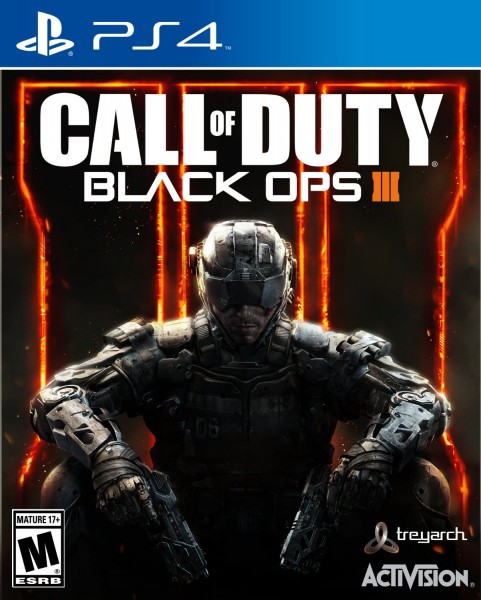 It adds a lot of layers to the premium first person shooter game. Cool abilities like hijacking drones and turrets give you a bit of a driving and shooting rail game. There are so many things to learn, I don’t think I can remember everything in my repertoire, but so far the game is good at telling me what I need when. Parkour wall running is fairly evident when there’s a gap, and I enjoy the up close take downs, and the cyber attacks destroying robots.

I also have to learn what each weapon does. Just because it looks cool doesn’t mean it fires well, and there’s one that needs to be reloaded bullet by bullet. Not ideal for a firefight, but it’s powerful.

Black Ops III is such a smooth experience, the only limitations seem to be my own acumen or investment in the game. It’s so immersive with all sorts of weather effects. One mission is like being in a Roland Emmerich movie. 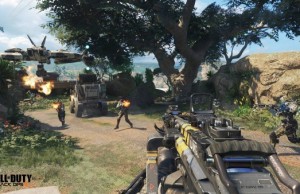 I’m relieved that I’m not stuck in any one space for too long. I think my longest frustration was an hour, but with enough repetition I can always seem to find good cover and a strategic firing spot. There are also alternative campaigns o switch to if I need a break, which I’ll get to below.

I wish the cover system were a tad more specific. I’ve played games that give you cover with a specific button, and that locks you into a secure spot. I seem to do okay just ducking behind things, but I would feel safer if I weren’t possibly sticking out behind a vehicle. That’s the Call of Duty engine though, and again, it’s served me just fine despite my personal preference.

It’s cool that it comes with a zombie game too. While I find the Black Ops III zombies a little more manageable than the onslaught of Left 4 Dead, it is frustrating that every time you die, it takes so long to restart the game. You’re midway into the second cut scene before you have the option to skip, because that’s how long it takes to load. You can buy respawns in game but one isn’t enough. See above about me sucking at this.

Still, the noirish ‘40s environment is beautiful and I can appreciate running around it looking for a good hiding place to snipe zombies. The Nightmares mission seems like a more continuous zombie game with save points.

Like many of my game reviews, Call of Duty Black Ops III is a work in progress. I will discover more every time I play it, but for now I can tell this is the greatest evolution of the series so far.