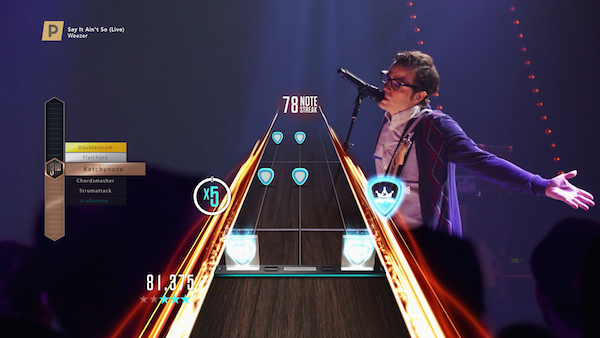 It’s been over a month since played Guitar Hero Live and my fingers were a little rusty, but new music on Guitar Hero TV brought me back. Last month it was the names of Weezer and Queen that captured my interest, but I found a couple other random tracks to try out too.

I Want to Break Free – This song is tricky the way it switches from up to down, but it’s not unfair so it’s possible to get it down.

Fat Bottomed Girls – Begin to approximate complexity of Brian May, as much as six buttons on a fake guitar can replicate Brian May.

Hammer To Fall – A fun song to play and less standard Queen. It’s got the trademark chords, rhythm and a few surprises.

The Offspring, Pretty Fly For A White Guy – Not as frantic as you may expect.

The Killers, When You Were Young – This was part of the main game but playing it as a music video, it has a really long intro before the song starts. When it gets to it, this was a Guitar Hero and Rock Band standard for years, so it really approximates that experience on the new guitar.

These are not my favorite tracks in Weezer’s catalog but I get that they’re the hits, or the current output. Rock Band gave me the deep cuts.

Undone, The Sweater Song – Mostly chords, then a few guitar solos take you by surprise. This played the old video for me. Must’ve been a bug.

Say It Ain’t So – A live video of modern day Weezer, and a fairly intuitive finger dance up and down the neck.

Thank God For Girls – The new single is more dynamic like modern Weezer, even as it’s a simpler modern Weezer track. 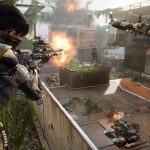 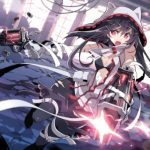