Anime if a huge part of my life. It has been for an astonishingly long time.. With all the new series scheduled to release this winter, some people can find it overwhelming and get lost. Well lucky I am here. I will give you my top picks of anime coming out this season. Don’t worry, I will go in as much depth as I can so you get a good idea about the series. Here are my picks of can’t miss anime series for Winter 2016.

First up. Prince of Stride: Alternative.  So apparently, this anime is from Madhhouse. You know, The people who made two of the most popular anime series out there? One Punch Man and Death Note, how can this anime not look beautiful. So the premise is that stride – city wide relay races are now the extreme popular sport. Nana – along with her classmate Takeru are trying to revive their school’s stride club. Their main goal? Get the picky Rikku to join their stride club, even though he insists that he hates stride. Now, normally I wouldn’t recommend a sports anime. Mainly because nothing has been able to fill the hole in my soul since that scene in Prince of Tennis. You know what scene, but I have good feelings about this series. If they can bring the animation from One punch man into a fast paced sports anime, then I will have no problem watching this series. The website for Stride can be found here if you would like to learn more about it.  Prince of Stride: Alternative premieres Jan. 5th. 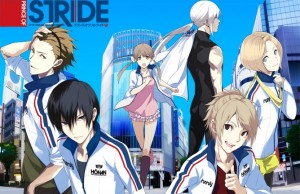 Next up is Sushi Police. With the upcoming Olympic games being held in Tokyo in 2020, the wold saw a boom in sushi sales, but what do you do with all the inferior “counterfeit” sushi? Cue Sushi Police. The Japanese government’s response is to team up with other major world powers to create the “World Food-Conservation Organization (WFCO) to protect and promote authentic local cuisine. So, the WFCO sends its 9th division to police Japanese food around the world. The 9th division, also known as the Sushi Police are known for their questionable ethics when it comes to unauthentic Japanese food outside Japan. Because so, restaurant owners have come to hate them. The premise of this anime just makes me laugh about all the situations that these food police can get into. I can just imagine the restaurant owners trying to cook them like sushi just out of spite and hatred towards them. I can’t wait to see what kind of silly situations these guys get into. This series will premiere on Jan. 6th. 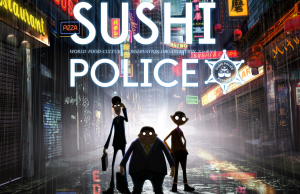 The next, and arguably the first returning series is Gate. The full name of this season is Gate: jietai Kanoshi nite, Kaku Tatkaeri – enryuu-hen. If you didn’t catch the first season, I urge you to go here and catch up on the first season on crunchy roll before watching the second season. This anime follows a young otaku man named Youji. On his day off, Youji was on his way to a convention to buy some manga, among other things, when a gate opens up in Tokyo square. Middle-aged warriors start pouring out of the gate and start killing Tokyo citizens. What does Youji do? He remembers his training and begins to fight some warriors off while trying to protect everyone he can. He ends up ordering the police and ends up saving a lot of people in the process. He gets promoted in the military and leads one of the small groups beyond the game for surveillance. Once beyond the game, they learn that there are villages being attacked by a massive fire dragon. Along they way, you meet many characters such as an elf girl, a demigod of death and a young mage in training who combines magic and physics. I highly recommend you watch this one. Mark your calender’s for Jan. 8th. 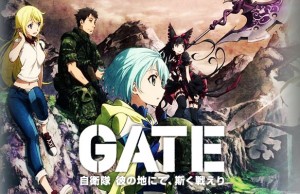 Last up on the list, Kono Subarashii Sekai ni Shukufuku wo! Yeah. a mouth full at the lease but I think it is going to be worth remembering the name. When a traffic accident should have killed Kazuma Satou, a hikkomori (A shut in addicted to Games, Anime and Manga), he wakes up to the sight of a beautiful women who introduces herself as a goddess. She asks if he would like to go to another world, but he is only allowed to bring one thing with him, Kazuma decides to bring the goddess with him. With that, he is transported to another world with the goddess, and his great adventure with the demon king has started. This anime seems a little out there for me, but I can not over look the romantic aspect here. What can I say, I love anime that can be comedic, but still have series romantic tones at the same time. I have yet to have an anime this past season make me root for the couple in it. I know where I will be on Jan. 13th. Do you? 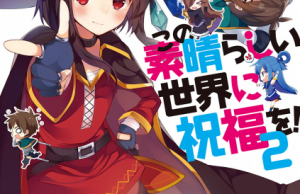 There we go. My guide to, My picks for the anime worth your time this season. Have fun and be safe while watching. Drink plenty of water and remember to get up and stretch every once in a while.