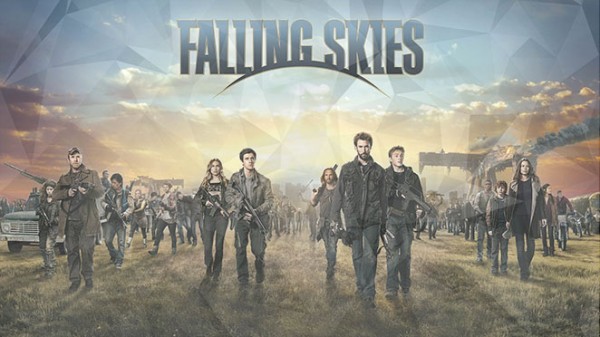 Debut with Hours of Exclusive Content, a Lapel Pin and Collector’s Coin Falling Skies ­ TNT’s epic alien-invasion saga from Amblin Television and executive producer Steven Spielberg ­ will land on Blu-ray and DVD Feb. 2 for the final time. All 10 action-packed episodes of Falling Skies: The Complete Fifth Season will be available as a two-disc Blu-ray release and a three-disc DVD set. The fifth season set features farewell interviews with the cast and crew, including Noah Wyle, Colin Cunningham, Doug Jones and more, as well as “A Look Back,” an exclusive group interview with Doug
Jones, Colin Cunningham and Sarah Carter.

As season five opens, all breed of beast and mutant are running rampant on earth. The Espheni’s power core has been destroyed, and humans are now ready to fight on their terms. And after four years of being tortured, Tom and the 2nd Mass are filled with rage, ready to destroy the enemy in an all-out battle to determine the fate of Earth.

Falling Skies: The Complete Fifth Season will be available for the suggested retail price of $49.99 on Blu-ray and $39.98 on DVD.

For fans looking to have the entire series in one complete set, the Falling Skies: The Complete Series 10-disc Blu-ray and 15-disc DVD box set will feature the entire 52-episode series run. In addition, the box set will package hours of bonus content including behind-the-scenes features, commentaries, character interviews and “Inside the Episodes,” plus WonderCon and Comic-Con 2014 panel features. Both the Blu-ray and DVD release of the complete series include a special collector’s coin on-pack, and the
Blu-ray also features an exclusive lapel pin. Falling Skies: The Complete Series
will be available for the suggested price of $139.99 on Blu-ray and $129.98 on DVD.

Falling Skies chronicles the extraordinary story about life and survival in the wake of a catastrophic alien invasion that leaves most of the world completely deliberated. Noah Wyle stars as college professor Tom Mason, who becomes an unlikely resistance leader following the alien attack. Since premiering as basic cable’s #1 new series of 2011, Falling Skies has ranked as one of basic cable’s Top 15 original dramas with total viewers and key adult demos. In its fifth season, more than 12.6 million people tuned in to watch the first six episodes, and the show ranked among basic cable’s Top 5 programs with key adult and male demos. Falling Skies is executive-produced by Steven Spielberg and Amblin Television heads Justin Falvey and Darryl Frank, along with David Eick. 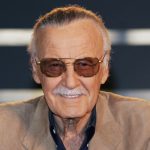