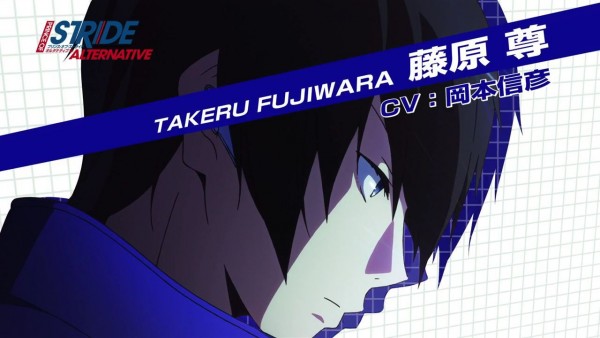 Episode two opens up on Riku running, which we can only assume is the first Stride meet, or practice. We learn it is practice as we see Takeru rocket past him like a bat outta you know what. we would assume that we would get to see the magical tag out like we did at the end of the first episode, But no. From what Takeru is saying, Riku is holding back and not running at full speed, which is why Takeru is running so fast. The whole episode, Riku and Takeru stop practicing together because the coach of stride club thinks it would be beneficial to both of them if they just watch each other run. While watching the others, former member of the stride club, and all around loner Kyosuke (Key-Yo-Scay) comes up to Riku and asks why he isn’t running? After telling Kyosuke that it is part of his training, Kyosuke tells Riku something that sounds like something you would find on a fortune cookie. 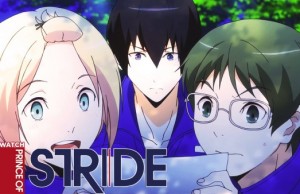 After we train some more, we realize that we need a sponsor for the team before they can actually participate in the Stride festival at the end of the month. Luckily, Hozumi’s older sister is the president of a pretty major fashion company. Much to Heath’s dismay, this may be their only option. Fortunate for them, Hozumi’s sister already had a signed contract to be their sponsor, but not without its stipulations. First, they would only sponsor the team if they won the festival. Second, something not important and third, they had to be models for the new line of clothes that were coming out that year. During the photo shoot, we learn that Riku’s older brother was a pretty prevalent stride club member when he was in high school and unfortunately was studying in America. Case of episode one locker solved.  During this, Takeru decided to run off for some reason I didn’t catch. Being fed up with the way Takeru is treating him, Riku goes and chases after him. After running down stairs and almost running into these three “Famous”, and I do use that term loosely, students Riku and Takeru apologize to these three young men. Turns out, those three are part of a Stride team called Galaxy Standard, which is also an Idol band. Go figure. After some short bonding and Nana telling Riku that she is going to trust the runners from now on, Riku wants another shot at running with Takeru. Boom. Riku takes off faster than we have seen him run before. Coming down to the wire and delaying him as much as she can, she gives Takeru the ok to start running. Hoping that she did good at the timing this time round, we hear the SMACK we have been waiting for all episode. Their hands slap together at a perfect time. They have finally got the timing down perfect. With the other teammates standing in awe, they all realize they all have some major work to do if they want to be on Riku and Takeru’s level. 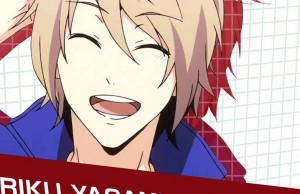 After celebrating in the club room, they have a short noticed opponent change. Turns out they will be facing off with Galaxy Standard for the first match. No matter. Everyone is pumped and believe that they can win. Will they? Who knows. Guess we will have to wait and see.

Personally, there isn’t much else I can say about this show That I haven’t already. This episode? 8/10 I strongly recommend you watch this.