No small talk this time. Straight into RWBY. Spoiler alert.

RWBY opens up where we left off last time. Pyrrha and Penny are about to fight, while Ruby and Mercury are in a stand off. The countdown has been given. The fight starts and oh my gosh this fight it amazing. We all know Pyrrha can manipulate metal, and we all know that Penny is a robot, so we should be able to figure out what is going to happen. Penny and Pyrrha start exchanging blows back and forth. Penny is shooting lazers from her swords. Pyrrha is actually seems to be off her game in this fight. With the weight of the decision she has to make and what had happen to Jaune last episode, I think she is not on her A game, and it starts to show. She looks down at her spear and shield and they start to look distorted, which I can only assume is the doing of Emerald in the stands. Right then, she looks up and Penny is holding out her swords ready to strike, except instead of having her 6 or so swords, she keeps spreading them out into more and more. Now we know this is the doing of Emerald. 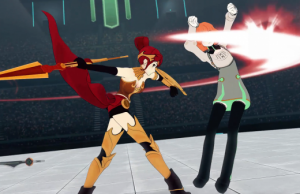 At that moment, Pyrrha uses what looks like a magnetic pulse to divert the swords coming at her, but since she sees more than is actually there, she uses a little bit too much power and…sadly, the swords wrap around penny and end up tearing her to bits. Ladies and gentlemen, a moment of silence for our fallen robot friend. 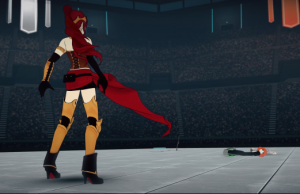 While all this is going on, we see Mercury keeping Ruby busy. At one point, Ruby is finally able to get around him and sprint to the door, only to see the ending of the battle. Ruby breaks down into tears while Mercury takes off, not wanting to be seen by someone. In the wake of the incident, Cinder takes over the broadcast and yaps for a little trying to put fear in the hearts of all the citizens. Cue Grimm invasion. 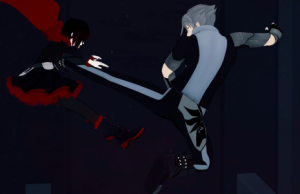 Grimm start invading the city. At that moment Ozpin tells Ironwood to use the army he brought with him. We move into one of the three ships that are sitting outside. Blue 4 calls to the leaders of the other ships, Blue 2 and Blue 3. Blue 2 answers and gets into position. Blue 3 doesn’t answer so he calls back to them. Little did he know, Neopolitan was already in the ship disguised as a member of the squad. She ends up killing everyone in the ship and releasing an old friend. You all know and love him. Say it with me. Roman Torchwick. That’s right. He has been locked up in the ship since the end of season 2 and he is now free. He tanks control of the ship and shoots down the other two. Just as that happens, three small aircrafts show up in beacon. When the doors open, we are greeted by Adam, the young man from the Black trailer. Can you say intense? 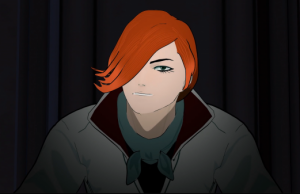 This weeks episode is equally emotional as last weeks episode and about ten times more action packed. I don’t know how they keep doing it, but Roosterteeth keeps me on the edge of my seat with this series. It has gotten to the point where I honestly have no idea what is to come next. For all I know, we might lose Blake to Adam. 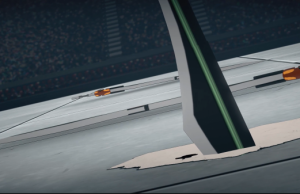