Season two of one of my favorite anime’s has started. It also made my list of anime’s to watch out for this season. Gate is here and I am pumped. I will not be going over season one. If you want to catch up, go check out season 1 on CrunchyRoll. Here we go. Spoiler Warning.

We open up right about where we left off in season 1. The negotiation are still being worked on so in order to try and speed things up, the JSDF (Japan Self-Defense Force) hosts a garden party for the senate. During this party, most of the head senators are taken to the side my Itami to show them just how Rifles and Mortars work. After seeing the devastating power, the senators want to engage in negotiations right away, but have to be evacuated. Zorzal, Pina older brother and next in line to become king, is on his way to see what this garden party is all about. When he gets there, he is confused and suspicious of Pina, but once he tastes the food, he takes what food there is and ends up leaving back to the palace. Once in the Red Light district (I guess every world calls it that), Recon team 3 set up base in a fairly big house. 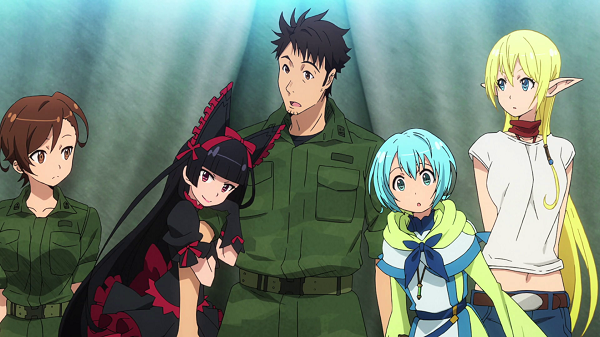 Once there a member of Recon team 3, Mari Kurokawa, serves as the nurse for anyone in the area who needs help weather it be members of the JSDF or locals who are injured. During her time there, she meets a Harpy who is also a hooker. The Harpy basically asks for the morning after pill. After feeling like she can trust Mari and calling the office a safe place, she takes her leave. 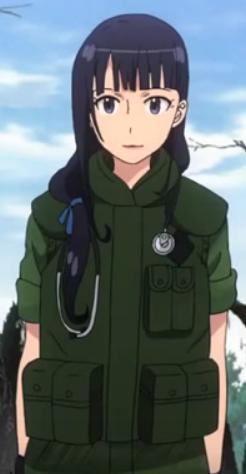 Meanwhile, Itami and Pina along with Souichirou Kuwahara and Shino Kuribayashi arrive at Pina’s home. They decide to stay there for the night as it is late in the day and the negotiations are to start soon. While all this is going on, the dark elf back at the JSDF base is asking people how she can make up for the mistreatment of Itami and what he cares about. She is told that he cares about 3 people. That is all we hear from them.  Later in the night, we are back in the medical office with Mari. We hear someone banging on the door. A soldier and Mari move towards the door with their guns drawn. Turns out it is the Harpy again with more anime lady…things. I have no idea what to call them. Turns out, all the animal girls are scared. Just like in real life, these anime people get scared before an earth quick. The ground starts shaking and episode over. If it is anything like the novel or manga was, it is about to get real. 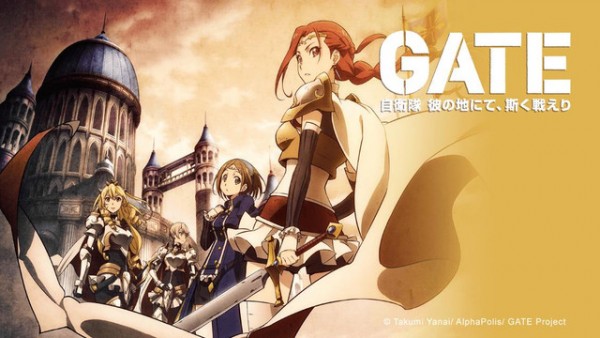 And there you have it. Having read the manga issues, I am so pumped for this season. All for one particular episode that should be coming out next week, or this week. I’m not entirely sure, but you will know it when you see it. 8.5/10 Go watch it.