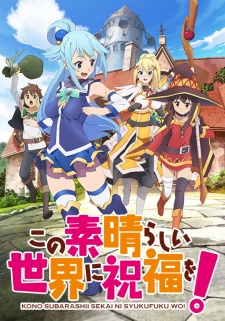 Walking into Kono Subarashi Sekai ni shukufuku wo, or as I am going to be calling it from now on Kono, I had no idea what to expect from it. All I knew about it is what I wrote in my Winter anime to watch out for. As far as I know, this could have been just like Sushi Police, but we don’t talk about Sushi Police.

We open up on a young man named Kazuma Satou. He is our resident shut in for the show. All he likes to do is sits inside, play video games and watches anime. Sounds like a couple of people I know. One day, he decides to go out and pick up a new game that is releasing that night. As any die hard fan of a video game, he goes to the midnight release. When he gets back, it is the morning. While walking home from the bus, he see’s one of his classmates walking by. He turns back to double check if he knew her and there he see’s it. A truck driving down the street about to hit her. Without hesitating, he jumps out and pushes her out of the way of then truck. Unfortunately, he ends up losing his life, and that is where this anime gets interesting. He is dead, and he meets with this goddess informing him that his death was in vain. It was only a tractor that was moving slowly. He just overreacted because he never goes outside. 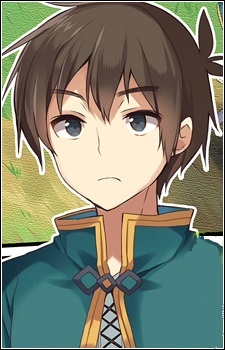 so the goddess, who’s name is Aqua, is telling him that if he can go to this other world and defeat the Devil king’s army, he can go back to the living world, and they will grand him anything he wants in the world. But, good for Kazuma, the gods are not going to send him to fight the devil king’s army empty handed. Aqua tells them they will give him one thing to take with him, and it can be anything he wants. While he is looking at the most common requests, Aqua is sitting there eating chips telling him that he should hurry up and pick something. Since she is being such a jerk to him, he decides that he is going to use this request to his advantage. Kazuma says that he wants to take aqua with him. Down comes another goddess telling that it is ok to take her with you. And off they go. 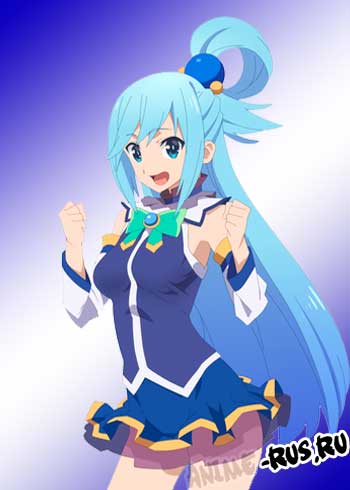 Once they get to the world, Kazuma’s gamer instincts kick in. The first thing they go do is try to join the local guild. Only problem is that they can’t afford the registration fee. Brick wall number one. After talking to some old man in the guild, Aqua got the registration fee. Both of them are now registered. Kazuma as a merchant and Aqua as an Arch Priest which is one of the higher classes. And with that, this anime begins. Cue the montage of working and bonding with guild mates. Right at the end of the episode, they realize why they are there. They were having such a good time bonding with everyone and doing work, they forgot they are supposed to be fighting the Devil kings army. Right then, they vow to do a kill quest the next episode.

Kono Subarashi is one of those anime I wish was a video game. So far from the first episode, it seems to be funny and sounds like the story line is thought out well enough to stand on its own. The first episode left a good taste in my mouth. I’ll continue to watch it and review it so keep coming back if you want to know my thoughts. 7.5/10 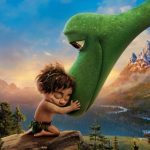 Don’t Miss Out! ‘The Good Dinosaur’ out on DVD/Blu-Ray February 23!

Don’t Miss Out! ‘The Good Dinosaur’ out on DVD/Blu-Ray February 23!