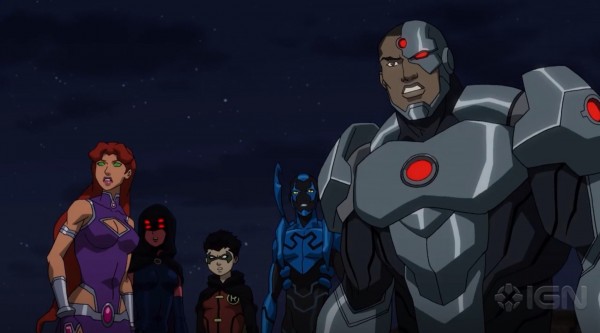 The first trailer for Justice League vs Teen Titans has been released and puts our two teams against each other in this epic film, watch it below for yourself!

Robin is sent to work with the Titans after his volatility botches a Justice League mission. The young team must really step up to face Trigon after he possesses the League and threatens to conquer the world. Justice League vs. Teen Titans stars Sean Maher as Dick Grayson/Nightwing, Stuart Allan as Damian Wayne/Robin, Jon Bernthal as Trigon, Taissa Farmiga as Raven, Jake T. Austin as Blue Beetle, Brandon Soo Hoo as Beast Boy, Kari Wahlgren as Starfire, Shemar Moore as Victor Stone/Cyborg, Jerry O’Connell as Clark Kent/Superman, Jason O’Mara as Bruce Wayne/Batman, Rosario Dawson as Diana of Themyscira/Wonder Woman, and Christopher Gorham as Barry Allen/The Flash. Written by Bryan Q. Miller and Alan Burnett, and directed by Sam Liu. 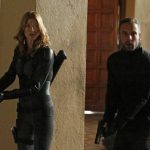 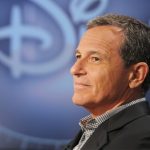