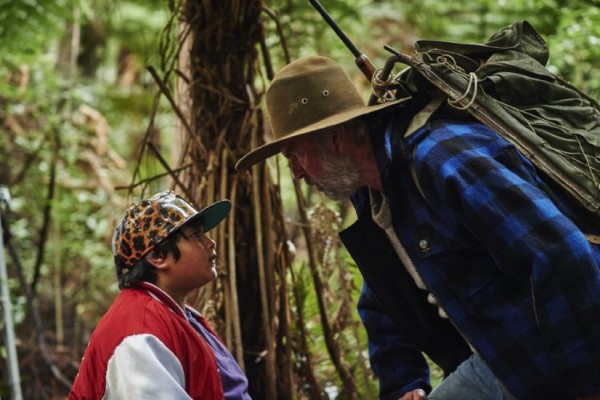 Writer/director Taika Waititi returns to Sundance for one more New Zealand indie movie before he directs Thor: Ragnarok. The Hunt for the Wilderpeople is different from his comedies and not as funny as the brilliant What We Do In the Shadows, but it’s also missing a lot of his New Zealand comedy buddies. It does show that Waititi has a real sense of action style so he can do well at Marvel.

Ricky Baker (Julian Dennison) moves into a new foster home with Bella (Rima e Wiata) and Hector (Sam Neill), but when Bella dies, Child Services deems the home unsuitable. Rather than go back into the system, Ricky goes on the run, forcing Hector to join him.

Ricky’s innocence provides humor and causes trouble. He gets words like Caucasian wrong, although his unintentional double entendres seem like kind of lazy innuendo. He’s confronted on that though. There’s a bit of commentary on Ricky Baker becoming a media celebrity, but it’s not heavy. We’re well past Natural Born Killers and The Legend of Billie Jean, but it addresses the social media of it all.

The adventure escalates from sweeping landscape treks and a manhunt montage to a wildebeast attack and full on action climax. Waititi pays homage to action classics in both dialogue and composition. It’s also funny to see the head of Child Services as the Tommy Lee Jones character hunting a fugitive. What, was Jones not available? Couldn’t he do a New Zealand accent?

Dennison is a great discovery and Neil is a great foil. The family relationships are heartwarming and heartbreaking. Their adventure does cross paths with different cameos playing rangers, hunters and regular civilians. Rhys Darby and some newer faces make good scene partners, but some of the vampire roommates are missed.

Waititi manages the balance of tones perfectly and his eye for editing and action show both scale and restraint, so he won’t fall short and won’t go overboard. I’m more excited to see what he’ll do after Ragnarok but The Hunt for the Wilderpeople is a solid addition to his oeuvre.