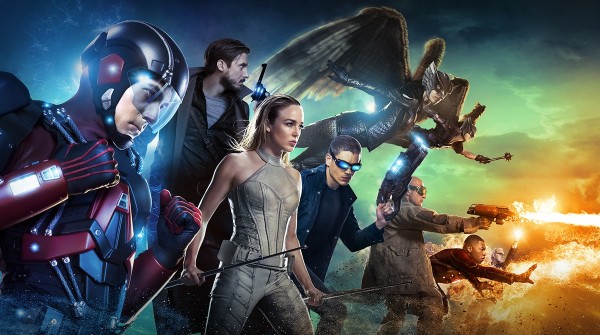 A new poster for DC’s Legends of Tomorrow has been released and the full team is assembled and ready for action for the second half of the pilot that aired last week, check it out below. 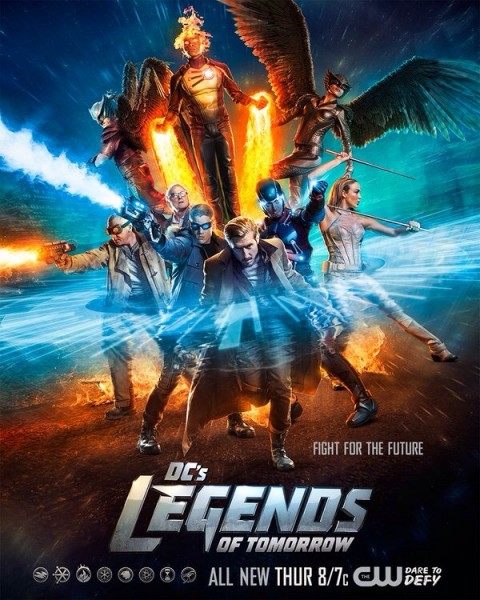 STEIN VS. STEIN — Tipped off to Vandal Savage’s (guest star Casper Crump) whereabouts, the team infiltrates a munitions deal with Professor Stein (Victor Garber) as their leader. Surrounded by some of the toughest criminals in the world, things quickly go from bad to worse when Savage realizes they don’t belong there. A massive fight ensues and a piece of the Atom’s (Brandon Routh) suit falls off and into the wrong hands, which could potentially cause disastrous consequences in the future. Stein realizes the best way to retrieve the missing piece is to contact a brilliant man – his younger self. He, Sara (Caity Lotz) and Jax (Franz Drameh) head off in search of young Martin Stein (guest star Graeme McComb), much to Rip’s (Arthur Darvill) consternation. Meanwhile, Snart (Wentworth Miller) and Rory (Dominic Purcell) plan to steal a key element in defeating Savage but still unsure of his new teammates, Ray (Brandon Routh) demands to come along on the mission. Carter (guest star Falk Hentschel) helps Kendra (Ciara Renée) remember something vital. Glen Winter directed the episode written by Phil Klemmer & Marc Guggenheim and Greg Berlanti & Andrew Kreisberg.