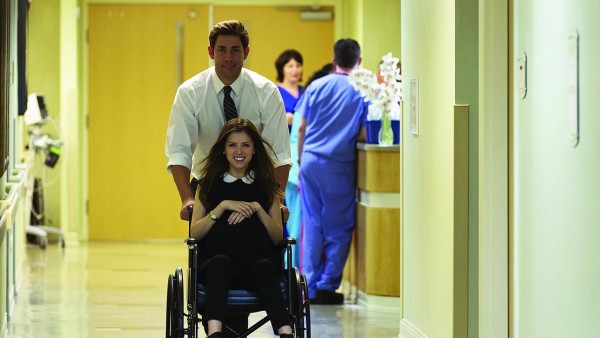 A lot of actors want to direct and we seem to love actors turned directors. They still have to pick a good script though. John Krasinski has no problem with staging or directing performances, but chose a script that is trite and problematic.

John Hollar (Krasinski) returns home when his mother (character actress Margo Martindale, according to Bojack Horseman) is diagnosed with a brain tumor. His father Don (Richard Jenkins) is helpless and needy. His brother Ron (Sharlto Copley) is living at home and spying on the ex-wife whom he chose to divorce. He hasn’t grown. He’s just learned his wife was too good for him so now he wants her back.

The biggest problem with The Hollars is that all these insecure men need women to tell them they’re awesome. John is afraid of having a baby with Becca (Anna Kendrick), and doesn’t want to get married. She has more money than him and he’s a struggling artist. They say he’s a comic book artist but I guess he has a day job because that’s where Becca tells him he has to go home and she’s made all his plans and packed for him.

Becca is a frigging saint. She hangs on the phone listening to John’s problems, even when he says things that make an expectant mother stress. Kendrick is incredibly empathetic but it’s a problem that her character only exists as a reflection of the man. As for reassuring him, she may be incorrect. It doesn’t seem like John Hollar will be a good father and provider being so self-involved.

He is the prodigal son returning to fix his family. Don can’t take care of himself and Ron gets himself into trouble. The reason the tumor has gotten this bad is Don ignored the symptoms for decades. Symptoms like partial blindness and paralysis. So I relate to medically negligent relatives but this movie just piles on negligence and irresponsibility.

The problem with women is further exasperated by John’s high school flame Gwen (Mary Elizabeth Winstead). She is described as no longer desirable because she’s had a baby, but she still comes on to John because he’s just so irresistible, even though she’s remarried herself. Most of our readers know what Mary Elizabeth Winstead looks like. If you don’t, it doesn’t matter because they should not be talking about women like a prize to be won or discarded.

The Hollars wants to be a whimsical dramady but relies overbearingly on Cameron Crowe-esque needle drops. It’s specifically the kind of music Crowe likes too. John brings his mom pretzels and ice cream to eat. Isn’t that cute? He helps her escape for a night out. It’s not endearing. It’s preening. Becca designs pet clothes for a living, because isn’t that a wacky job for someone to have? (Since her family already had money I guess she’s following her dream.) Martindale has a good real moment of panic. It’s solved by the whole family singing Indigo Girls. That is eye rollingly obnoxious. It couldn’t be any worse if they pulled out hair brushes to sing into.

Everyone grieves differently and there are great movies, and touching, funny movies about reconciling near end of life relationships. There was a much more poignant one here at Sundance. The Hollars wants a medal for expressing its feelings but it seriously lacks perspective on what it’s characters’ fundamental problems really are. 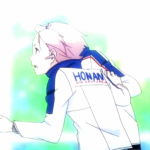 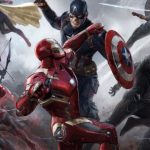