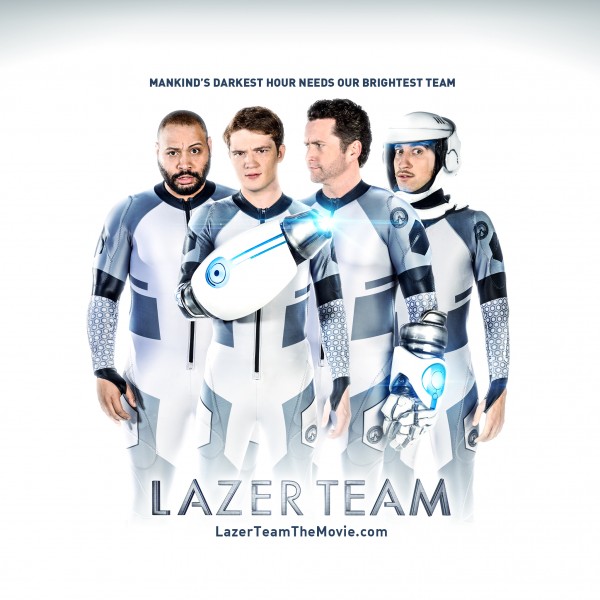 Lazer Team has managed to garner some amazing press in its time as a project. when the movie was announced back in July of 2014. You heard me right. I, personally backed this project back when it was first announced. After waiting almost two years, the world was finally able to see the movie in all its glory. I will keep the spoilers to a minimum for this review, as many of you might not have seen the movie or maybe this is the first time you have heard of it. Well, here go. 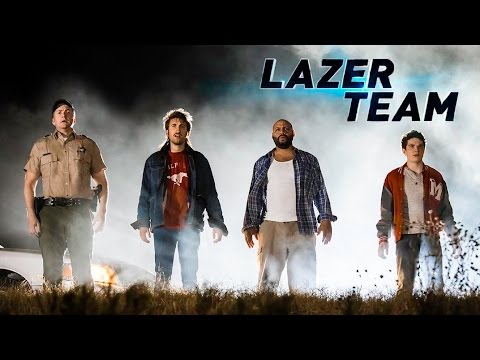 Lazer Team is a movie about four guys who are in the right place at the wrong time really. Two guys, played by Colton Dunn and Gavin Free, are setting off fire works in Texas. With there being a burn warning, Burnie Burns playing the local sheriff, turns his lights on and heads over the  fireworks with the school quarterback in the back of his cop car played by Michael Jones. If you don’t recognize these names, they are all in house talent of Roosterteeth with the exception of Colton who has worked on “Key and Peel” and also plays on “Superstore.” While setting off these fireworks, one hits an UFO and it comes crashing down. Being…human beings, they end up checking out the craft and finding these pieces of alien weaponry. With all of them putting on one piece, the pieces are locked onto them and won’t come off. Turns out, these pieces were destined to be put on by the earths strongest human in order to protect the earth from what seems to be an alien invasion. Losers get their planet blown up. 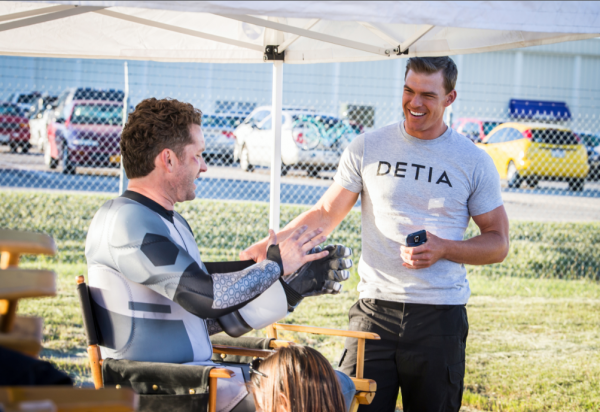 That is as much of the story I feel I can share without getting into spoiler territory. Now, what did I think about it? Well, It is kind of hard to give a completely unbiased review, but I will try my best. First off, the visual effects tell you that this was their first movie. During the movie, there were points that I had to force myself to not comment on the effects. Don’t get me wrong. The effects were not terrible. They just stuck out a lot. The actors were great. Wasn’t to fond of Gavin forcing the American accent. I think it would have been better had he just been a foreigner or staying with someone. I just feel that his strength was acting and not the accent. 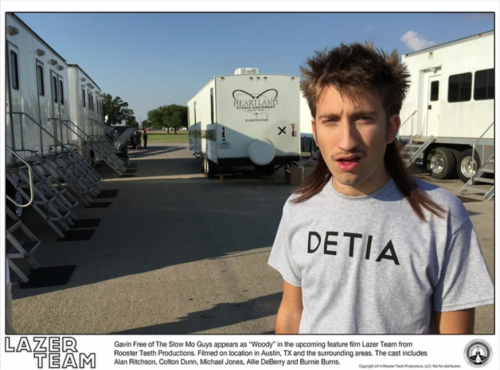 The story overall was pretty good. It grabbed you early with the premise and managed to keep me interested long enough for me to develop emotional bonds with the characters. At that point, I was invested in this movie no matter what happens. The character development was there, I just don’t know if it was finished. At some points in the movie, I feel every other character takes a back seat to Burnie’s character only to be brought back five or ten minutes later. Other than that, I had no problems with the movie. As a Roosterteeth fan, I LOVED IT! The great thing about this movie is you don’t have to know who Roosterteeth are to enjoy this movie. I would recommend you see it if you enjoy silly cult classic type movies. 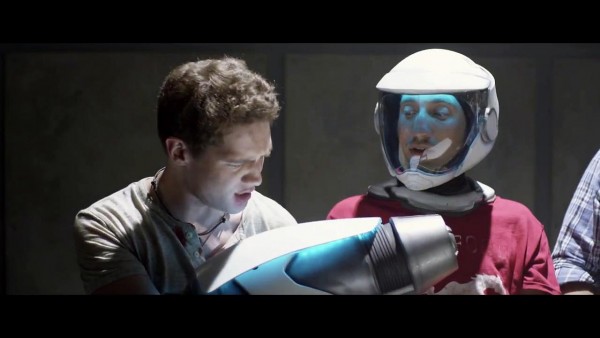