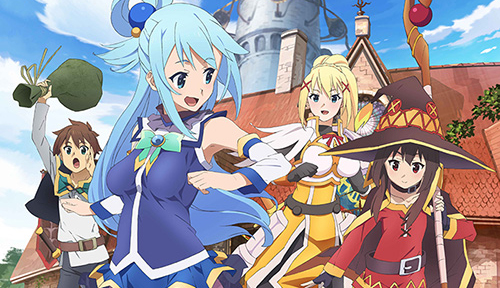 I know I am late with review of Kono episode 2, but I have just been super busy last month. Sorry about that. Lets get started.

Last time when we left off, Aqua and Satou both promised to take on a kill quest to try and start making some real income to live on. The quest the both decided on seems like a simple one. Kill five giant toads in three days. Seems simple enough doesn’t it? One of those quests you would take on when you first start an MMO or something along that nature. Turns out it is a lot harder than you would think. These toads are actually giant, spanning at least three or four times taller than Aqua or Satou. After getting eaten, Satou is able to to kill two and save Aqua from the giant toads. being done for the day and feeling defeated, they both decide to go back to the guild and regroup. 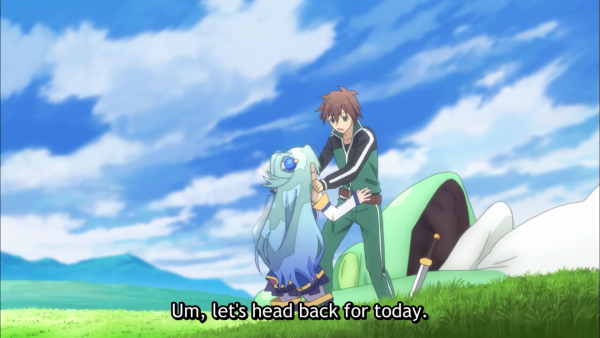 Feeling beaten and wondering if the two of them really can do it all by them self, they decide to put up a flyer trying to recruit some members into their party. Aqua thinks just because she is an Arch Priest, they can limit those who join the party to people of higher ranks. After half a day of waiting around, someone finally comes up to them. A little girl by the name of Megumin, who happens to be a Crimson demon, offers to join their parts. She talks her up as this wonderful Mage who uses explosive magic, but Satou and Aqua are taking it all as a joke and laugh her off. After yelling at the to get her point across, they finally take her serious and help her register with the guild and set out to finish that kill quest. 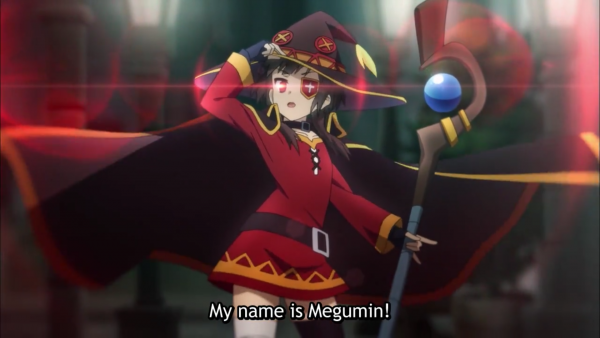 As soon as they get back to the field with all the giant toads, Aqua runs off looking to get revenge for yesterday and ends up getting eaten again. Satou is forced to go save her. While he is saving Aqua, Megumin gets down to business. She starts concentrating and focusing her energy on one toad. For a while, I assumed she was going to wiff the shot or something but now. This little girl proves that she is the real deal. The sky starts getting dark and this toad explodes. It was amazing. Unfortunately, she is only able to use that spell one time. After both Megumin and Aqua get eaten again, Satou saves them both and carriers Megumin back to the guild. Turns out, Megumin is able to use any magic type she wants, but she refuses to use anything other than explosive type magic and because of that, she is kicked out of every other party she joins. After making a scene about some obscene things in front of some other ladies, Satou decides to keep her in the party. After getting back to the guild, Satou learns he went up four levels and they each made 36,000 of…what ever the currency is. Not sure if that is a lot or not. No idea what inflation is like in that world. 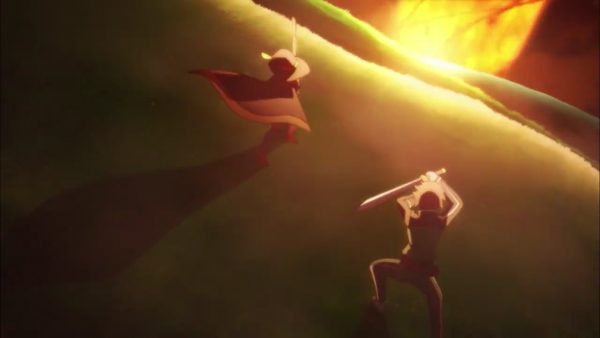 While Satou is doing math in his head about how much they would need to start making progress towards their goal, this awesome looking high ranking female knight walks into the guild and takes a look at their flyer looking for high ranking people to join the party. She walks up to Satou and introduces herself as Darkness. Seh blushes and starts stuttering while she asks if she is still able to join the party. Episode over. 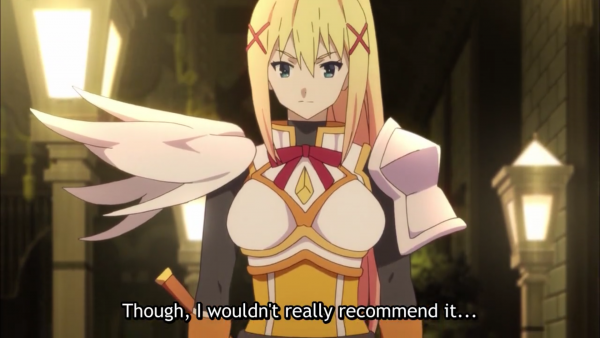 Kono if quickly becoming one of my favorite shows out right now gunning for my first spot. I guess we will have to see how the rest of the season plays out. We might have a new champ. 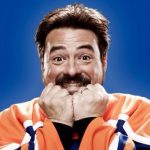 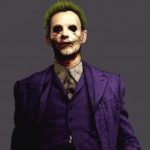