Steven Spielberg brought his best to Bridge of Spies, and it’s the best Tom Hanks has been in decades. The old school spycraft was sound, but what was really compelling about the historical drama was how every step of the way, what was promised turned out not to be the case and James B. Donovan (Hanks) had to make it work anyway. That’s true to life, let alone politics. 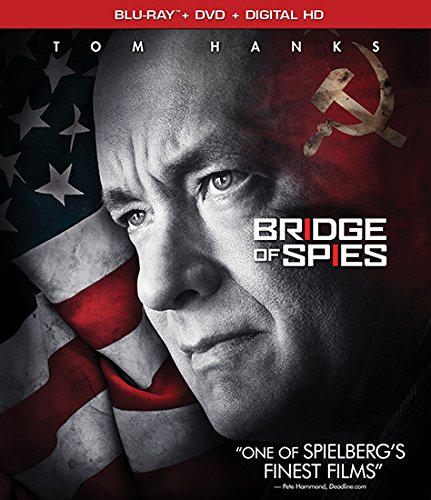 On Blu-ray, the Cold War era Europe and America come to life in high definition. It’s a tad subdued so they’re not showing off the historical settings. It just looks like a real world minus the modern accoutrements, with a sharp picture. Showy moments like Francis Gary Powers (Austin Stowell)’s plane crash are epic, and the snow with all the tracks and footsteps in it has a quiet beauty.

Spielberg has never been one for extensive bonus features, but now that they are being made concurrent with the film’s production, he shows up in all the behind the scenes features. The extras cover the history and politics of the film with a little attention to the craft of recreating historical settings. It’s just enough to take you into the film, but doesn’t give away the magic that Spielberg creates.