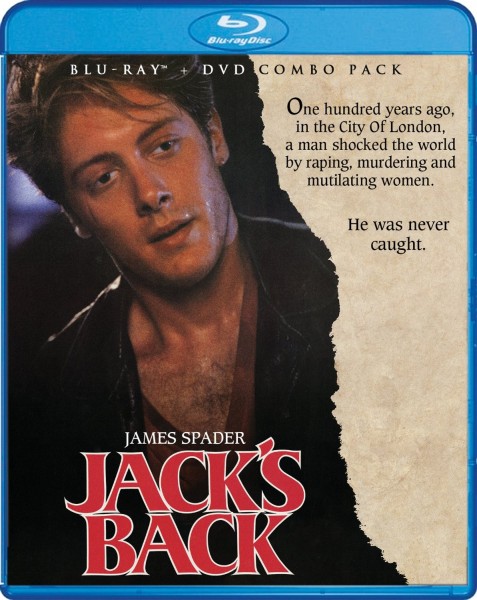 Jack’s Back was a movie I remember always seeing in the video store but never renting. For decades, James Spader staring at me from a VHS box remained a mystery, so it was nice to finally settle that mystery with the new Scream Factory Blu-ray.

I don’t think I was missing much as the hook of a modern day Jack the Ripper was far less memorable than the very ‘80s twist of having Spader play twin brothers. The film itself looks super grainy and hazy with a film of smoke and fog, something which director Rowdy Herrington admits in his commentary went too far.

Not even the always thorough Scream Factory could get a new interview with Spader, but Harrington and other filmmakers discuss the film, including leading lady Cynthia Gibb. In his commentary, Herrington also connects Jack’s Back to his subsequent film Road House, including a cool Shane Black story. It’s a solid Blu-ray for an otherwise forgettable movie.