Bethesda announced today the official release date for id Software’s highly anticipated FPS, DOOM. In doing so, the company also released a trailer highlighting the adrenaline-pumping, single-player campaign, along with a collectors edition which is detailed below.

In case you dont know in DOOM’s campaign, there is no taking cover or stopping to regenerate health as you beat back Hell’s raging demon hordes. Combine your arsenal of futuristic and iconic guns, upgrades, movement and an advanced melee system to knock down, slash, stomp, crush, and blow apart demons in creative and violent ways.


Additionally, anyone who pre-orders either version of DOOM will receive the Demon Multiplayer Pack which contains a unique demon armor set with three skin variations, six metallic paint colors, and three id logo patterns that can be applied to weapons and armor, plus a set of six Hack Modules. These one-time consumable items “can give you an edge in a multiplayer match,” Bethesda says. However the collectors edition will run you about $119.99 (US), €129.99 (Europe), and £99.99 (UK).

The trailer below Features all the violence, blood and gore you could ever wish for at a super smooth 60 frames per second. 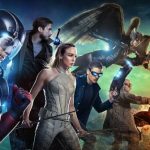 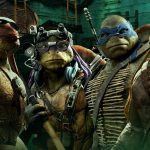