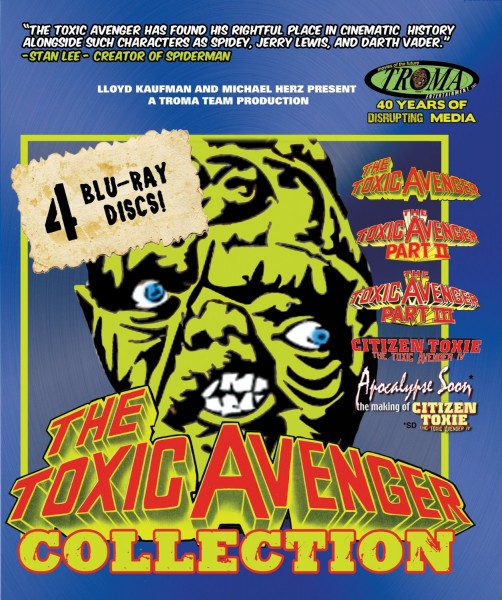 Yet, once I started covering Blu-ray, I had only seen Toxic Avenger II in HD. Now all four are available in a single collection, and looking back at Troma’s signature films in HD is a revelation.

The most striking is the original Toxic Avenger. The film is scratched up, but the picture quality is stunning. Film transfers to HD with bright colors and effectively disgusting details in the gore and transformation makeups, still giving you a look at the grain of the film.

Originally filmed as a single movie, II and III are a noticeable improvement in technical quality, or at least in preservation. Shooting on film gives them a look closer to the blockbusters of the late ‘80s, and by now perhaps they’d thought about preserving the source materials.

Hard to believe Citizen Toxie is now 15 years old. As the most recent film, it has the brightest, sharpest picture, and most pristine transfer. Yet just by being shot on film, it harkens back to the classic days of Troma.

All four films are also loaded with bonus features, including interviews with the original cast members and a rare on camera interview with Michael Herz. By Citizen Toxie, Lloyd Kaufman was also making feature length behind the scenes documentaries, which are incredibly valuable to do it yourself filmmakers. 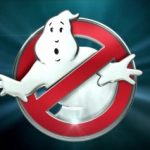 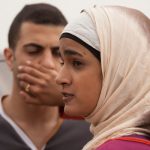