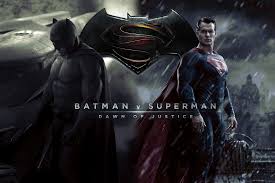 Yes you read right!  After the success of Deadpool at the box office.  We are left wondering if there are any more ‘R’ rated Superhero movies in the works.  Though Batman V Superman will have a PG-13 rating while in theaters,  it has been confirmed that an R rated version is being held for the Blu-Ray edition titled Dawn of Justice Ultimate Edition.  The R rating is due to the extended cut’s “sequences of violence”

Fearing the actions of Superman are left unchecked, Batman takes on Superman, while the world wrestles with what kind of a hero it really needs. With Batman and Superman fighting each other, a new threat, Doomsday, is created by Lex Luthor. It’s up to Superman and Batman to set aside their differences along with Wonder Woman to stop Lex Luthor and Doomsday from destroying Metropolis.