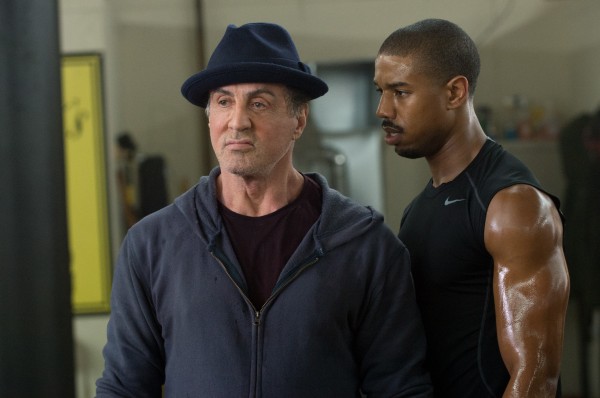 Creed is why I’m Franchise Fred, because time adds layers to stories. What was a plot device for Rocky IV now paved the way for the story of a son’s struggle for identity, forgiveness and allows him to make an impact on a legend. Spoilers for Rocky IV follow, but I didn’t want to put them up top for anyone binge watching the series for the first time in anticipation of Creed.

The name Creed does not scroll across the screen like Rocky’s did. This is his story and they’re going to do it his way. We also meet a different Rocky (Sylvester Stallone) than we’ve seen, even in Rocky Balboa. Rocky has lost even more now, he has remorse for some decisions he’s made, and Stallone is finally allowing him to appear frail. I assume that’s acting. Stallone is immortal.

The most admirable connection to the Rocky movies is that Adonis (Michael B. Jordan) is actually Apollo Creed’s illegitimate son, and it’s judgment free. He’s not a son Apollo conceived with Mary Anne (now Phylicia Rashad) before his death. This is a profoundly forward thinking, compassionate view of the paths families take and still stick together, as Mary Anne reaches out to a young, troubled Adonis.

As a Rocky fan, my biggest hope was for an emotional confrontation where Adonis would yell at Rocky, “Why didn’t you stop that fight?” Of course, quoting eight-year-old Fred probably wouldn’t be the strongest dramatic choice, and writer/director Ryan Coogler has even better dramatic motivations in store. Adonis’s daddy issues aren’t from abandonment. They’re more about distancing himself. Going by his mother’s name, Adonis’s legacy is a ticking time bomb in the information age.

His relationship with a singer, Bianca (Tessa Thompson) is much different than Rocky and Adrian’s from the initial point that she has her own ambitions and determination. Rocky and Adrian were two people connecting over the way no one else believed in either of them. Now how do two people who have self-confidence, maybe overconfidence in Adonis’s case, connect?

Creed’s got Easter eggs galore that allow the film to progress themes of previous movies without diverting into tangents. Just about every sequel is touched on. It’s got a really touching moment about Rocky Jr. that I suspect is Stallone getting to say goodbye to his real life son Sage, in a Furious 7 sort of way where Rocky Jr. gets a more hopeful future. The only thing missing is, “Remember when you trained Tommy Gunn? I’ll show you I’ve got the heart he never had!” I’m sure that will be on the DVD. It’s already on the DVD in my heart.

There are little hints of Bill Conti in the new score, but it builds to its own Creed theme. I can’t say if the Creed theme, by Ludwig Goransson, will stand the test of time like “Gonna Fly Now,” but it sure kicks ass in this movie. There’s also a unique new training montage, but some glorious classic running and working out too.

Creed has the best cinematography of any Rocky movie, although perhaps that is unfair to the original. ‘70s cinema had a different aesthetic, so John G. Avildsen and James Crabe weren’t trying oners. But Coogler and DP Maryse Alberti devise some beautiful ways to bring the viewer into fights and training montage. Their crowning achievement, however, is a simple two shot of Rocky and Adonis with a meaningful photo in between them.

I’m really happy that this film is finally motivating the industry to rally behind Stallone for a Best Supporting Actor Oscar. I was always in awe of what he brought to his roles, and the more sophisticated I got the more I appreciated some of the politics and big picture hero’s journey stuff he’s been dealing with. But I was reading First Blood in middle school and a teacher commented on “that idiot on the cover.” I had one friend who refused to see any Stallone movie with me (in his defense, it was the Oscar/Stop or My Mom Will Shoot era, but he missed out on Cliffhanger!) Anyway, the locker room scene will be Stallone’s Oscar clip reel. It’s really amazing to see Stallone both close the book and open a new chapter on the character he knows most intimately.

One thing I didn’t quite get is why Adonis was so gung ho to become a boxer. The world is pretty much against boxing, because of real and fictional deaths and brain damage in the ring. Adonis has resources and job opportunities. Maybe it’s just in his blood, or maybe he never shook the volatile youth who’d pick a fight anytime a kid stepped to him. Ultimately, “because he wants to” may be a good enough reason, or maybe it was when Mary Anne told him who his father was she incepted him and he’d never be anything else. It’s just not as clear as the film’s other themes, but maybe instinct isn’t supposed to be.

So here’s the argument that birthed Franchise Fred. When a glut of sequels males it feel like a bastardized version of the original and there’s nowhere left to go, that’s not the time to give up. That’s the time to get inspired, to think of a new step or even invite another talent to bring their vision to the story. It may take years or decades, but you keep fighting to keep the story alive. That’s what Rocky would do.

Creed is the first Rocky movie shot in 2.35:1. It’s fitting that the new generation has a new look, and no Rocky movie has ever looked this good. Even the 4K restoration of the original has the ’70s grit and grain, and none of the sequels have been restored in HD. You can tell when they show clips in the bonus features!

Many sequences in Creed stand out. That one take fight has so much activity going on so everywhere the camera spins it’s catching something, and the background is a black void so it’s like there’s no world outside the fight. Training sequences in the gym are dynamic with all the bags, crowds, sparring rings and posters of previous fights on the wall. And, of course, there’s all those glistening male bodies.

Bonus features are good too. It’s nice to hear Stallone articulate what Apollo Creed meant to Rocky. I don’t think I’ve ever heard the first four movies put into quite that context before. We get to hear some real boxers and MMA fighters talk about the influence of the Rocky movies and a little bit of the specifics of diet and training to get Michael B. Jordan into Adonis shape.

There are some good deleted scenes too. Just seeing Rocky standing in the Philadelphia snow does something for me. A lot of them are jus extended scenes between Adonis and Bianca or Adonis and Mary Anne, but the details deepen the struggle and I love these characters so much that I welcome an extra 20 minutes with them. 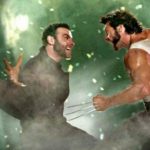 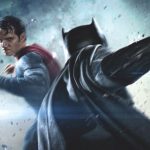