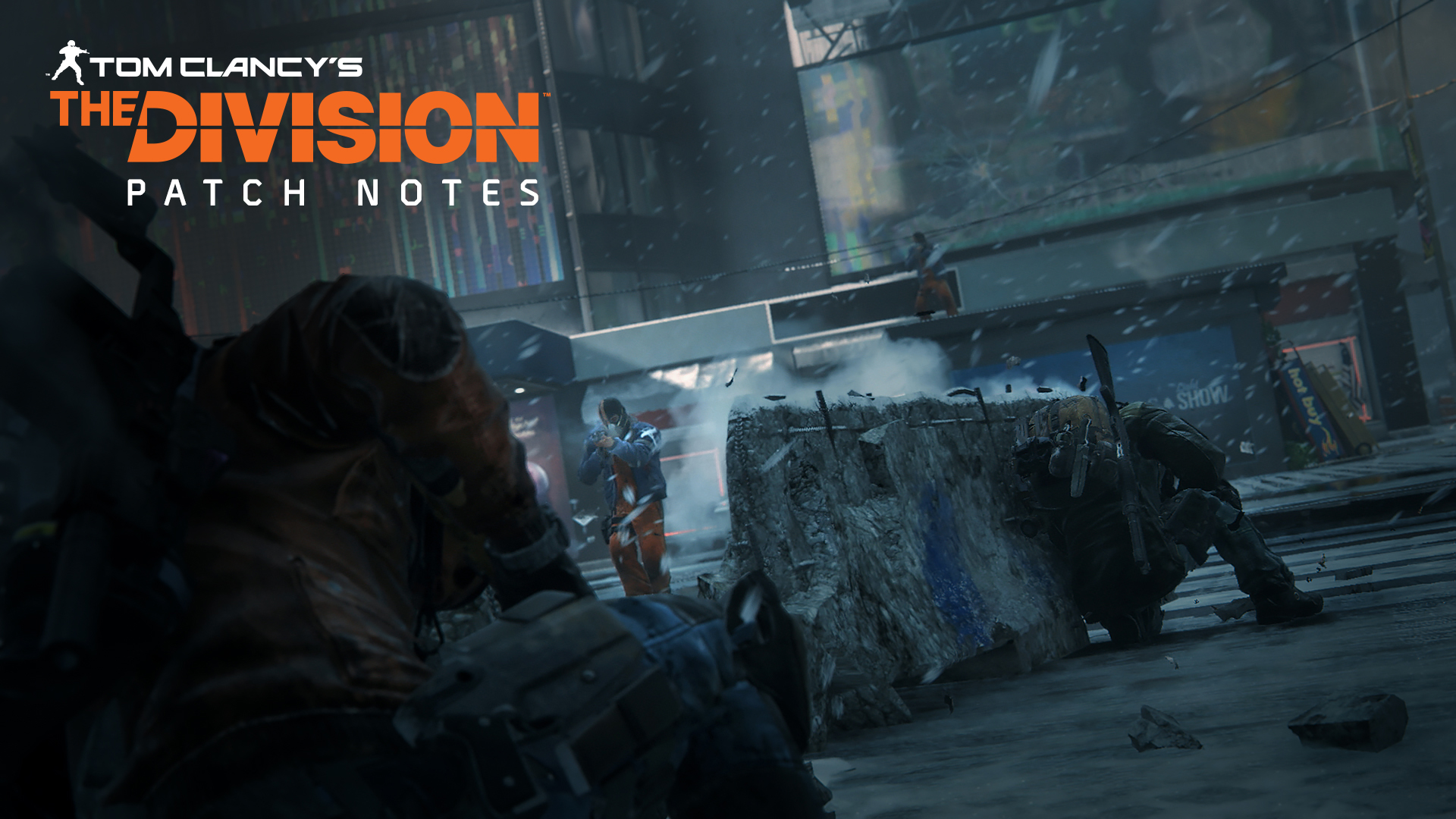 With The DIVISION around the corner next Tuesday, Ubisoft has released the day 1 patch notes that you can read below. The developer said it is making a number of changes and fixes based on feedback it received from The Division’s closed and open betas. More than 6 million people played the open beta, giving Ubisoft a lot of data to look at.

Patch 1.01 includes changes to the game’s menu, a string of visual improvements, and a handful of fixes for bugs and other glitches. One issue fixed with the update is for glitches that allowed players to shoot through walls and become invisible, among other things that could give them an unfair advantage. Some of the visual improvements include improved car window reflections and better nighttime lighting and contrast, among other things.

APPEARANCE MENU HAS BEEN UPDATED:

Now displays as a grid making it much easier to browse items
“Outfit Sets” option added to quickly equip all the items in a set
“Inspect” feature added
VISUAL IMPROVEMENTS:

New “Mission Overview” has been added to the Mega Map
Contaminated zones will now display the required filter level on the Mega Map
Field data with audio will automatically play when you pick them up
If you start listening to field data with audio from the menu, you can keep listening outside the menu
Subtitles added for all Field Data that play audio
Mission entrance menu usability has been improved
Significantly increased the number of crafting materials obtained from loot crates
The icon for landmarks in the Dark Zone has been changed and now indicates if non-player enemies are present or not
GAMEPLAY IMPROVEMENTS:

New “Help” menu is now available in the Settings menu. It stores all the loading screen and context sensitive tips
New tutorials added for certain gameplay features and mechanics (these can be switched off in the Options menu)
Added information to the in-game loot pickup UI that displays why an item can’t be picked up
The deployable turret no longer targets non-rogue players and doesn’t damage neutral players caught in the line of fire
Skill modifiers have been added directly to gear (previously only available on gear mods)
FIXES AND GENERAL IMPROVEMENTS:

Fixed glitches that could be exploited by players to gain an unfair advantage in the game (such as invisibility, shooting through walls, etc).
Extended server-side checks to detect any illegal actions from the game client, limit their impact in the game and track down the perpetrators.
Fixed an issue on character select screen that resulted in getting stuck with a specific combination of inputs
Fixed a progression blocking issue caused by accepting a group invite at a specific moment during the Base of Operations unlock sequence
Players will no longer return all the way back to start screen after creating or logging in to their Ubisoft Club account
Fixed remaining bugs that prevented log-in attempts when non-essential services were offline
Overall stability increased
Further backend improvements and optimizations
Localization adjustments and bug fixes
Additional minor bug fixes and polish