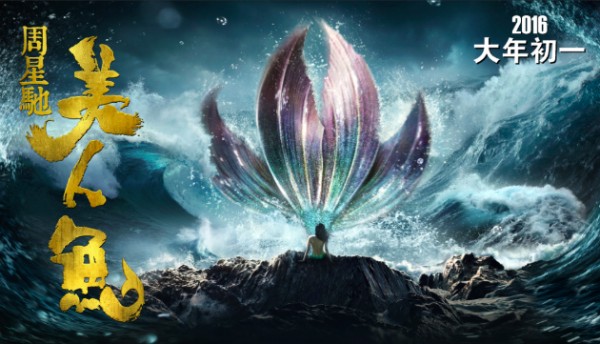 Stephen Chow had a new movie out and I didn’t even know about it until someone told me they went to see it. We still live in fortunate times where Chow’s movies get released in U.S. theaters, so for all of you who still have a chance to see it, I share my review.

A community of mermaids has to come to land to kill Liu Xuan (Chao Deng), an executive whose company would pillage their seas. Shan (Jelly Lin) slices her tail so she can walk like a human and go undercover to get him. Her friend, Octopus (Show Luo) frequently appears to assist her.

An elder presents the mythology of how mermaids evolved and humans hunted them instead of living harmoniously. Her water visions are a nice visual effects way of dealing with exposition. Chow takes a technique that Hollywood uses gratuitously, and embeds it within the story. It’s also fantastical visual effects, so it’s a lot prettier than CGI that’s trying to look “real.”

The mermaids, and especially Octopus, are also comprised of CGI enhancement to actors. These creatures are so outrageous they’re not supposed to look real. Octopus in particular is the subject of much slapstick, but as much as the visual effects are absurd, it’s Show’s performance that sells the comedy. You can imagine a situation where Octopus has to cook himself, and it’s even crazier than you imagine.

Chow remains a master at blending outrageous slapstick with surreal mythology. Shan’s assassination attempt turns into a random dance number, and later Shan and Liu have a sing off. Of course, once Shan gets to know Liu, it becomes harder to fulfill her mission.

Jelly Lin is a great discovery. She has the innocence that makes her murderous mission endearing. Show delivers most of the physical comedy and is the perfect fit for Chow’s tone. Chao is a smooth performer too and can blend from straightforward to absurd performance.

The Mermaid is ridiculous, but it has something to say which is the best kind of ridiculous. We should stop brutal whaling practices, but look at it as a mermaid comedy. I does become a brutal, bloody action battle which is also a balance Chow is expert at. It’s distinctly more Hong Kong than Hollywood but that’s what I love about Stephen Chow. 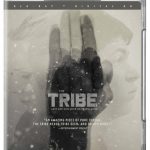 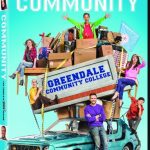