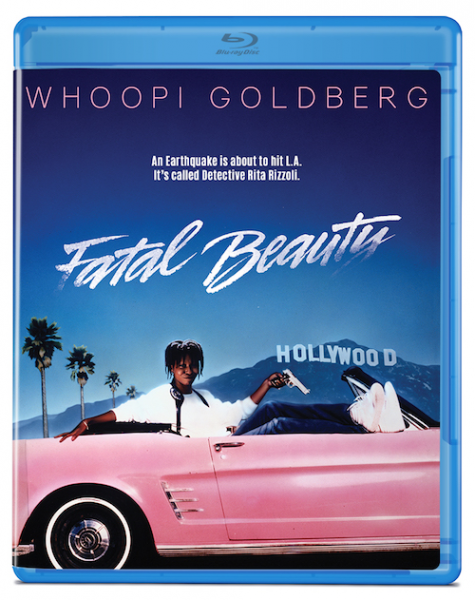 I’d always meant to watch Fatal Beauty and the new Blu-ray release of it gave me the perfect excuse. The idea of Whoopi Goldberg as a wise cracking action hero sounded like a good feminist take on ‘80s action, but there’s a reason it did not become a franchise and Goldberg found more success in straight dramas or comedies.

Sam Elliott and Whoopi Goldberg have to be the second weirdest buddy duo Hollywood has come up with. The first is Jay Leno and Pat Morita, always. I appreciate that they take the pairing seriously, but they don’t really have much chemistry.

Ultimately, the action is just lackluster. You would think that the finale in a shopping mall would be exciting, but it’s just Goldberg and the bad guys taking turns coming out from the aisles and shooting, then ducking back behind the aisles.

There are some ‘80s touches that are fun to see again, like the gratuitous topless girls sorting drugs for the bad guys. One of the henchman eats a glass bottle and chews it. That’s one way to intimidate someone.

For longtime fans of Fatal Beauty, this Blu-ray is a dream. It has a perfect picture that shows all the detail in the classic ‘80s scenes like slick city streets, gritty back alleys and drug dens, and a lieutenant covered in fop sweat at his rogue officer’s actions.