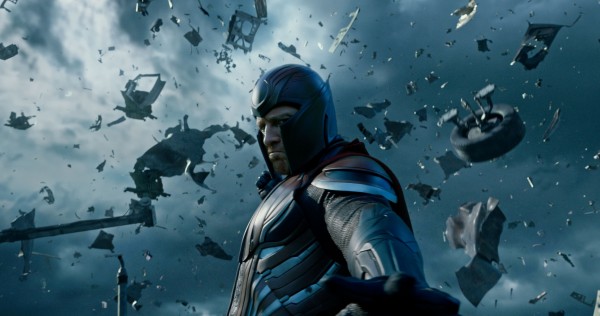 I seem to like all the X-Men movies that the fans hate. Maybe if I had a longstanding attachment to the specific characters, I would have the same issues. But as a casual fan of superhero movies, I liked The Last Stand. It told a story of a team more so than individuals, but that made it easier to connect with than the sprawling ensemble of the comics. Plus, I didn’t know Dark Phoenix or Rogue’s canon stories so I had no expectations.

Now I loved X-Men: Apocalype, but not just for the team aspect. I was much more into the individual characters of Apocalypse too. First Class is still my favorite by far, but Apocalypse gives the First Class plenty to do, where they were somewhat sidelined by Wolverine in Days of Future Past. There’s splenty of Charles (James McAvoy), Erik (Michael Fassbender), Quicksilver (Evan Peters), a little less Raven (Jennifer Lawrence) but still quite a bit.  Jean Grey (Sophie Turner) and Cyclops (Tye Sheridan) make their debut as young mutants, capturing some of the spirit of First Class letting us rediscover our favorite mutants for the first time. I have no expectations of Apocalypse so I can’t be disappointed in him.

It also seems my favorite X-Men movies are the ones with less Wolverine. I remember this from my days reading comics, I always found Wolverine the least interesting character of all the X-Men. I love Hugh Jackman as Wolverine, but the character never appealed to me when I read comics. Jackman has made him a cinematic legend, but you can’t get around that when he’s starring in an X-Men movie, it’s hard to give anyone else a juicy story. Wolverine’s power is to heal and he has giant claws. How is that more interesting than mutants who can control the weather or teleport? And his character, the volatile loner always seemed fairly one dimensional to me. He was tortured, but so was John Rambo and Logan is no Rambo.

The Last Stand might have had the least Wolverine-centric story of any Wolverine-starring X-Men movie. He’s certainly the center of X2 and Days of Future Past. He’s still right up in there in The Last Stand but he’s forced to team up and other storylines are divvied up more, so I am noticing a pattern. Look, Wolvy is always welcome for a cameo and they don’t come much better than his First Class appearance, but I was pleased to see another movie about the First Class this time.

There is even a franchise joke that you might think was catering to Franchise Fred. Some of the young mutants catch a movie that was popular in 1983 and have a brief meta discussion of trilogies. While it’s nice and self-deprecating, it’s a little too obvious for Franchise Fred. Nice try, though.

I don’t think Bryan Singer is the director that Matthew Vaughn is, but Vaughn doesn’t do sequels so what can I do? I got my First Class and this is the closest to a new adventure with the First Class cast that isn’t trying to be another Wolverine movie. X-Men: Apocalypse puts the focus on the students at Xavier’s School for Gifted Youngsters, with a little development of the teachers as well.