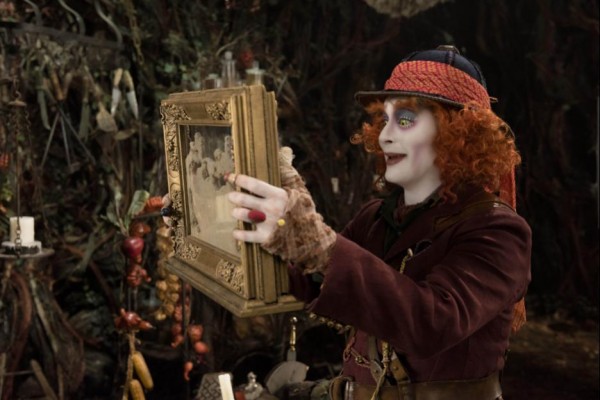 Disney has had a hot streak. Zootopia, Jungle Book and Civil War all winners. Alice Through the Looking Glass may end up overshadowed by them, but it’s still great.

Wonderland should be a place you can always visit for weird surreal shenanigans. That’s what the sequel is. The first was fairly well tied to the set pieces we know from Alice in Wonderland, as well it should. An Alice in Wonderland without the giant and shrinking Alice, Cheshire Cat and tea party would make you feel ripped off. But now we’ve done that so Looking Glass is free to make new whimsical adventures.

I quite enjoyed the spinning arms of the clock in Time (Sacha Baron Cohen)’s castle, the free fall (Point Break in Wonderland) and the vegetable people. James Bobin coordinates the chaos of Wonderland beautifully. Sequences of surreal chase are elaborate with several parties clamoring in Keystone Cops shenanigans.

I understand Johnny Depp gets top billing from the original contracts, but it’s really Mia Wasikowska’s movie. Perhaps that’s obvious because she’s Alice but with so many colorful characters, I was impressed how central the main character remained. Alice drives the adventure and everyone in Wonderland needs her. She’s a badass ship captain in the real world, so when things get surreal and time travel gets paradoxical, she acquits herself nicely.

It’s great to see the original Wonderland characters again, going more off script since we’re past Lewis Carroll now. Cohen is a great addition, playing it straight because Time truly has an important job and these weirdos are messing things up. Time itself was a clever addition to the world, because they’ve already bended reality. Might as well bend linear chronology too. Maybe next time we can go underwater. Alice in Underland, by Franchise Fred.