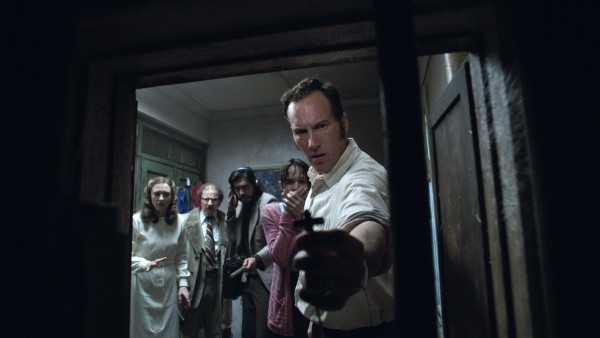 The Conjuring 2 is James Wan’s third horror franchise. He never expected Saw would create such a long running saga, which is scheduled to return at that. Insidious became a series of chapters, and the success of The Conjuring made a sequel inevitable. The real life Ed and Lorraine Warren (Patrick Wilson and Vera Farmiga) have investigated plenty of supernatural cases to keep this franchise going and going.

One of their most famous cases was the Amityville horror, which has already been made into several movies. The Conjuring begins there, and takes them to London to investigate the Enfield poltergeist. I got to speak with James Wan again about The Conjuring 2, opening this weekend in theaters.

Is there a difference between this sort of classy horror, if that’s an acceptable term, versus raw horror?

What’s that? Like a Texas Chainsaw that is a lot more rough? Listen, I think as we all know, there are so many subgenres within the horror genre, so many branches, and I’ve touched on a few of them, harking all the way back to my first movie, but I think I’m just a bigger fan of the sort of classical style of filmmaking and classical horror than I am of, let’s say, “raw” horror even though Saw was a lot in that vein. Saw was a weird combinatin of the sort of rawness and the roughness of those kind of horror films meets a puzzle thriller storyline.

We’ve seen the fun poltergeist where they’re zipping kids across the floor. Was it important to show that poltergeist can be really destructive?

I think it’s really down to the story that you’re telling. I think in Poltergeist, that was really cool how that started out as fun, but then it became much more malevolent. In my movies, I tend to lean more towards the darker side.

Was it a luxury to get to spend so much time with the Hodgson family before Ed and Lorraine even show up?

I mean, it’s really that sort of catch-22 where I am aware of people’s thoughts about the duration of the film, the length of the film, especially for a horror film. Even though they would never question the length of a drama or an action film. Think how long friggin’ action movies are and superhero films are. Yet within that same criticism, they’re also saying how much they really love the characters as well, how fleshed out they are. I’m like well, you can’t get both. You either have a shorter time and less characters, or have a bit more time and have more characters and balance the charactert with the scares. I know that I need to give the modern audience what they want but I also want to make sure I craft characters that you care about as well.

That is interesting that people have come to expect brevity from horror. The classic, The Exorcist and Rosemary’s Baby, were over two hours.

Exactly. They took time. How long is The frigging Shining? How many high angle long shots where we just watch the car driving to the place? It just really set the atmosphere, right? It really set a tone of isolation for that particular film. I think in today’s culture, audiences’ attention span has shrunk so dramatically which was why I was so happy to hear how much people really took to a movie like The Vvitch. Granted the people that took to that were more the critics than the general public.

Your camera does move a lot. Did you have fun planning the elaborate shots through the house?

My cameras are always roving around. That’s one of the things I love and admire, inspired by my love for directors like Spielberg and early John Carpenter as well. You can see so much visually with their movement with the camera without anything else necessarily happening within the frame, right? That is something I use very consciously to tell my story, to create the tension or to just stop for a moment and then you feel it because the camera is now locked off.

But there are things going on in the frame, one group of kids going one way, the mom chasing the other one the other way. Was that also important to capture multiple scenes in a single shot?

I think so. I’m a big fan of well crafted mise-en-scene. In one shot you can say so much about the dynamic of your family unit, your character unit, in this one space. This one space is pretty much where the entire movie takes place. So I do think a well thought out shot can kill a lot of birds with one stone.

You got to show the Amityville case differently than we’ve ever seen it before. Was it a natural way to think about it differently or did you struggle with that?

I knew that coming back to The Conjuring lore, if I was going to do anything about that particular storyline, I wanted to do something very different. I know that most people generally know it more from the family that lived there and not many people have seen it from the point of view of what the Warrens did. That’s pretty much what they did. They went over there. They did an interview. They held a seance and I just thought that was the perfect platform for me to kickstart the movie with. There was a reason why I didn’t want to do the Amityville story for the entire film, because it had been done to death.

Was it fun recreating ‘70s London?

Yeah, it was really fun and obviously, it just said so much about the tone. The quality I was going for, I really want the movie to just really smell of that period. This movie obviously is sold on the fact that it’s based on “true events.” So par of my agenda is to try and just give that smell of authenticity as much as I could. That really comes all the way to details that happen in the background. Just little things because the mid to late ‘70s was such an interesting period in England, especially London, where there was so much social unrest. It led to the rise of the punk movement and it ushered in the era of Thatcher. I just thought this is such a great backdrop to set a horror movie and just give it that extra nuance of truism to it.

There’s also a very strong thread of skepticism in the movie. Since the world of the movie presents these spirits as real, is skepticism as much of a threat to the family and the Warrens as the poltergeist itself?

I think they work on a different level, right? The threat of skepticism is obviously more about the perception of who you are and how you want people to perceive you. Obviously the threat of the darker entities, the spiritual, demonic entities obviously work on a much more spiritual level. They affect the characters but they affect them in different ways. The skepticism aspect of it was something that I really knew I had to touch on because even with the first movie, so many of the people that did not like the movies are the ones that had a hard time accepting the movie just as a movie and enjoying it for what it is, because they’re so caught up in the fact that they don’t believe in the Warrens. I felt like that is something that I’m mindful of and I wanted to acknowledge with the second movie.

It seems like if the skeptics win, then the ghosts win too.

Right. Listen, I know this is kind of a bit sort of cliched to say or silly to say this, or cheesy to say this. So much of it is based on one’s faith and how much we take that on face value.

When the shadow gets up and walks across the room, is that practical?

It’s a combination. Yes, it’s a practical with a bit of help.

When you introduced the first Conjuring, you were excited to do studio horror. Does that expand now with your ability to produce films for other horror filmmakers like Wes Craven and John Carpenter did?

Yeah, the best part about it is, I think I’ve more than proven myself. Especially with the ones I direct, I can pretty much make the movies I want to make and not have to sacrifice creative freedom too much. That’s why I come back and I do these films.

How was the experience of producing Lights Out for David F. Sandberg?

It was good. I think the biggest thing that struck me the most was I think I realized that the kind of producer I am is a frustrated director. [Laughs] But I think that’s I learned more than anything, because I was much more hands on on Lights Out than I was on Annabelle. On Annabelle I was off making Furious 7 so I was never around that much. With Lights Out, I just want to make sure that things were going smoothly for the director and trying to support him as much as I could. That was the biggest thing. It was a breath of fresh air to be on a film set and not have to be so stressed out and tense about everything that’s going on. I’m like, “That’s the director’s worry, not mine.”

Was it somewhat different to produce a film that’s not based on one of your own?

It wasn’t seeded from my head so to speak, but I definitely would try and get my voice in there as well. Otherwise I wouldn’t be that interested in it.

I saw your picture in front of the studio for Aquaman. What is your schedule for making that now?

That wasn’t the studio. It was a picture. I might have something very quick that I’m going to go off to do. I can’t quite say what it is just yet. It’s not a feature or anything like that. It’s just something I want to just go out and stretch my legs in and hopefully take a break before anything too massive like Aquaman or whatever come along.

One of my favorite James Wan movies is Death Sentence. Do you think we might ever see that kind of gritty action movie from you again?

That was probably my last truly violent movie. I’ve somewhat shifted away from that world but I’m a big fan of that style of filmmaking. I think Koreans are the ones making movies like that now that are so confronting and so in your face awesome. That is definitely a world that I would love to visit one day. My plan with my career, ideally, would be to sort of alter between a bigger tentpole movie and then a smaller, more intimate personal film.

It’s funny, you’re right that it’s very violent, but that’s not what I remember most about Death Sentence. I remember pulling the rug away and the car rolling back off the parking garage, sequences like that.

Yes, I’m a big fan of creating tension and suspense, scary action scenes. That was what I wanted to do with Death Sentence. 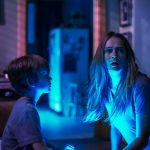 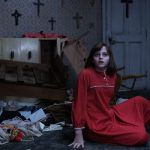