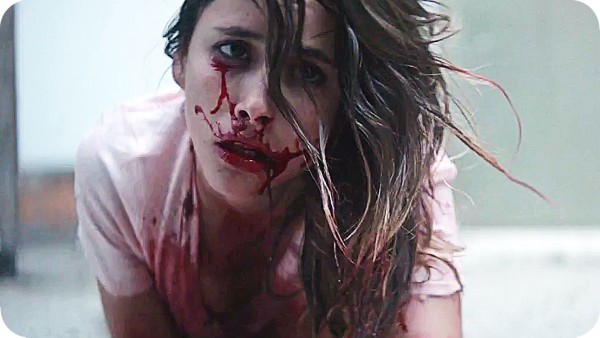 Isolation doesn’t only happen in a cabin in the woods. Sorry, Thoreau, but these days we can be even more isolated in modern homes. Here, we don’t even have nature and animals to keep us company.

In Shortwave, Josh (Cristobal Tapia Montt) and Isabel (Juanita Ringeling) move into a house like the one in Ex Machina. Josh is involved in high tech research so his company bought him the place. It’s slightly futuristic with a tablet remote control, video projected on the wall and a high tech security system, so you can imagine this is going to go well for Isabel.

Josh and Isabel are dealing with two family issues, and the performances go there. One would be enough to tear a couple apart, but they are trying to make a go of it after both, on top of this stressful new job and change of scenery. The film takes its time revealing exactly what the problem is, and when it finally comes out it is not heavy handed.

Writer/director Ryan Gregory Phillips creates a sense of isolation both for Isabel and between Isabel and her husband. There’s a good balance of the fear we imagine and the fear we actually see manifested. Society only touches on their lives briefly when they invite it in for a party, but dealing more with that might have required a bigger budget, if only to pay extras and actors for more days. It works as a two hander with a few supporting elements from Josh’s partner Thomas (Kyle Davis) and his wife.

There is a mythology behind the horror in Shortwave that could easily be explored further in more films, which Phillips made no secret he has planned. It works entirely as a self-contained standalone as well.