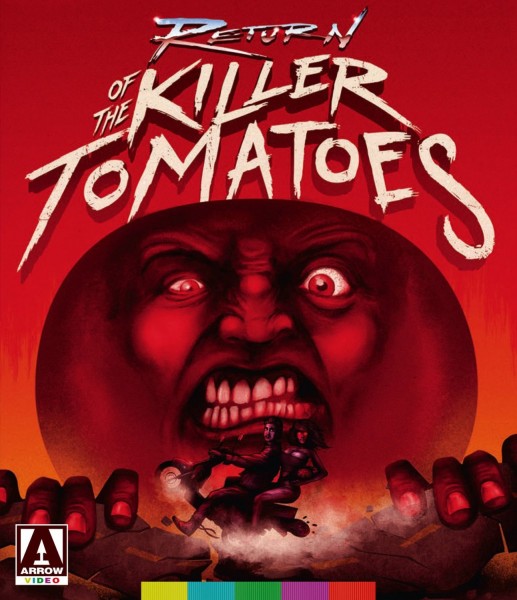 As Franchise Fred, I also consider this the best Killer Tomatoes movie with the strongest sense of satire and cheesiness. I also had a man crush on George Clooney long before he became a star.

The Blu-ray looks great. It’s a clean print (2K restoration) and you can see the film grain. Occasionally there’s a bit of white haze, but the picture is fairly consistent. It opens with a Lakeshore Entertainment logo. I wonder when and through what channels they inherited the film.

Director John De Bello’s commentary on the film goes into really specific details about indie film deals. He also speaks frequently about the sequels so it is a catch-all franchise commentary. In particular, he personally preferred straight to video deals on the sequels, for good reason. Speaking about Clooney, he also mentions that George was the only actor who helped move equipment on set which only makes me love him more.

Anthony Starke’s interview has a lot of Clooney memories too, including all the pranks he would pull. This is a great Blu-ray presentation with great extras of a great movie that was ahead of its time.