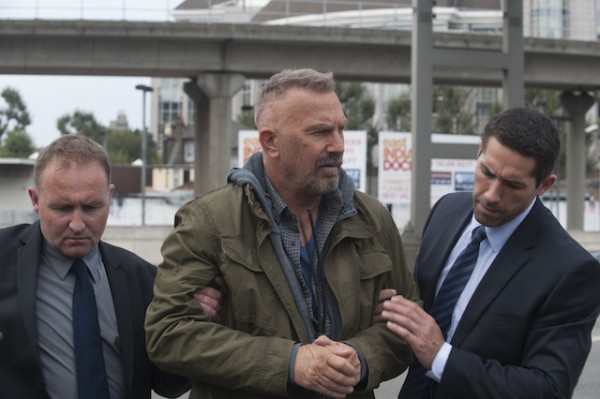 I was excited to see Scott Adkins show up in Criminal. I of course follow his work intimately from the Ninja, Undisputed and Universal Soldier films to the latest, Close Range. Criminal is Kevin Costner’s film, but they still need a tough guy to look good in a suit chasing him and that’s where Adkins comes in.

Costner plays a sociopathic convict who is given the memories of a secret agent (Ryan Reynolds) who died in the field. Of course they can’t control the criminal, so agents like Adkins and Alice Eve have to chase after him. Criminal is on DVD and Blu-ray now and I got to catch up with Adkins about his latest film.

It seems like you’re busier than ever, not only showing up in Criminal. Have you been?

Well, I was really excited to see you show up in Criminal.

Yeah, thanks. It was great to be part of it, to be around those wonderful actors and to act and play with them. It was great.

I imagine the audience who usually goes to see Kevin Costner movies don’t know how tough you are like I do.

That’s fine. We don’t want them all to know. That way I can play different roles.

Was Criminal a case of Millennium taking care of you because you starred in some of their other films and they threw you a role in this?

Yeah, definitely. They like me. I’ve obviously got a history with them. It was shooting in the UK and I live in the UK so they think about what actors they know. “Scott’s there, we’re not going to have to fly him out and put him in a hotel.” Actually, they did put me in a hotel but they look after me. I’ve got a great relationship with those guys at Millennium. Obviously we did Boyka last year and I’m sure I’ll do some more stuff with them.

It was in England. Was it close to home for you for the most part?

It was shooting in London. I live in Birmingham which is two hours north. So when I was working I’d be in a hotel. When I had time off I could go back adn see the family which is always great because obviously if I’m in a different country, I can’t do that. Always if there’s an opportunity to work in the U.K., if I have two films I’m offered and one was in the U.K. and they were both similar, I would take the U.K. one so I can be with the family a bit more.

Did they still make you audition even though they knew your work?

Do you remember what scene they had you do?

It was the opening scene, the stuff with Ryan’s character. There was more dialogue. Stuff gets cut out here and there, scenes get changed around by the time you shoot it, but that was the crux of it really.

Of course it looks like a very difficult movie for Kevin. Compared to what you’ve had to do in other movies, was Criminal relatively easy for you?

Obviously physically it was a lot easier than it normally is for me. It was little bits here and there. There was down time. You get to relax. There’s not as much stress or pressure of having to be in every day and perform. You can just be up to speed with what you need to do for the coming week. Yeah, a lot easier but generally on a bigger film it’s a lot easier even if you’re the lead because you have more time to do stuff. So it’s always a bit more comfortable.

You’ve always been able to do roles in big Hollywood movies like Bourne, Wolverine and Zero Dark Thirty, and do your own films where you get to do martial arts. Have you been doing a lot more of the Hollywood movies lately? I also saw The Brothers Grimsby. We know you’re in Doctor Strange for Marvel.

Yeah, I want to do more A-list movies if you want to call them that, more studio pictures. Of course oftentimes I’m offered a supporting role rather than the lead because I’m not Matt Damon. I’m not at that point. Yeah, I want to do more of those sorts of films but also I don’t want to turn down the stuff that’s gotten me to this point. Listen, I would love to be starring in action movies with a bigger budget. Hopefully that day will still come but the reality is I need some studio to take a bit of a chance on me. It’s a tough business. I’m just trying my best.

It cracked me up in Brothers Grimsby when Sacha Baron Cohen called you the Ukranian Ben Affleck. Did he run that line by you beforehand?

Well, he improvises and he said different things. He probably just came out of it at once. I didn’t think much of it at the time. He’s calling me various other names. That was the one they went with. I think it’s going to stick with me now. I think I’m stuck with Ukranian Ben Affleck, bastards.

Or maybe Ben has to be the American Scott Adkins.

Yeah, he can come and be my butt double or something for one of my movies.

Did you crack up when he said it?

I enjoyed it. We did a lot of improvisation. Before I had the fight with him, we did quite a bit of improvisation. It’s unfortunate it didn’t make it into the movie because they did show me a cut. I thought it was pretty funny but with a comedy film, you want to keep the runtime down. It’s no good having a two hour movie so that’s one of the things that got left on the cutting room floor, but it was a good experience.

In Jarhead 3 I was impressed what an impeccable American accent you do.

Oh brilliant. Thanks for saying that. I try my best. I went for a little bit of a Texan drawl on that one just to mix it up a little bit.

What are you shooting right now?

I’m shooting a film called Savage Dog with the director Jesse Johnson. We have Marko Zaror, Cung Le, Juju Chan, Vladimir Kulich. We’re just coming to the end of that shoot at the moment.

So we’ve got Hard Target 2, Boyka and Savage Dog coming up. Sounds like we still have a lot more Scott Adkins to see this year.

Yeah, I hope people don’t get sick of me because I’m cranking them out.

You keep bringing it so we don’t get sick of it.

And now people who see Criminal will know you’re a tough guy too.

Yeah, the whole backstory there that you try and create, my character I felt had a crush on Alice Eve’s character. She was having a little affair with Ryan Reynolds probably so I was playing on some things like that which you wouldn’t necessarily know but you can feel that as you’re watching it that there’s a little bit extra going on. That’s what it’s all about really.

That’s fun. They let you do that?

Well, they don’t even have to know that I’m doing it. That’s for me to know in my head.

I don’t know. No, she didn’t know. That’s my motivation as a character. That’s part of my backstory. Just don’t tell my wife. 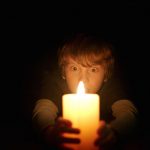 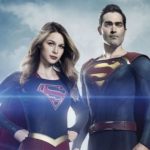