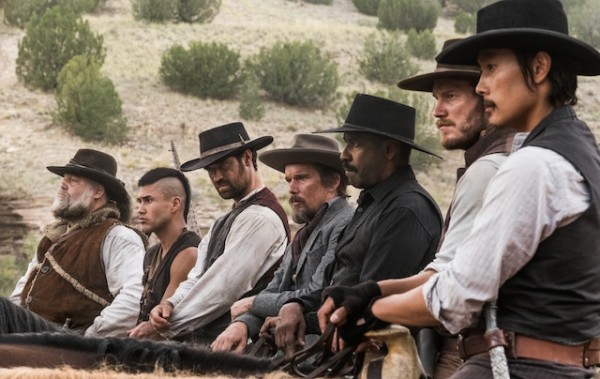 The Magnificent Seven is a tried and true story that should always work no matter which actors you place in each iteration. This one certainly benefits from a more diverse Seven including Denzel Washington, Byun-hun Lee, Manuel Garcia-Rulfo and Martin Sensmeier. Imagine if they had a couple women! To be fair, Haley Bennett makes a magnificent eighth.

There are great moments for these characters, but inconsistent pacing and editing problems keep it from being truly triumphant. The first sign of trouble is the pre-title sequence. It’s mostly all talk about how evil Bogue (Peter Sarsgaard) is because he’s threatening the town. That’s fine for a first act exposition scene but not how you want to open the movie, certainly not to go on about it for so long when all we need to know is the bad guy has to be stopped. Then he kills a character who is not one of the top billed stars from the trailers as if we’re supposed to be surprised. 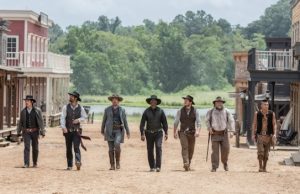 It picks up with the introductions of the Seven, having some fun with western archetypes. Washington pushing through the saloon doors could’ve been more monumental. They barley linger on it and they don’t show him in a wide shot. All the low angles looking up at our heroes makes them look heroic, and the wide shot of all seven walking down the street feels special.

The emphasis on the dirty, sweaty west can sometimes be distracting. It’s hard for Bennett’s character to walk in a dress and boots on the dirt. Yet Washington never seems to sweat and he’s wearing nothing but black! I guess his big cowboy hat keeps the sun out of his face.

Even though the Seven are the hired guns, they help the town prepare for battle, teaching the men to shoot. Setting alarms and traps for Bogue’s men is fun, the Home Alone part, but doesn’t quite pay off. We didn’t really see the alarms and traps go off, or at least if we did it was too chaotic to notice.

This makes a perfectly acceptable movie to go see, and the cast are all a treat so that every single one is a standout. It’s just frustrating when some of the best assets are squandered due to sheer carelessness.