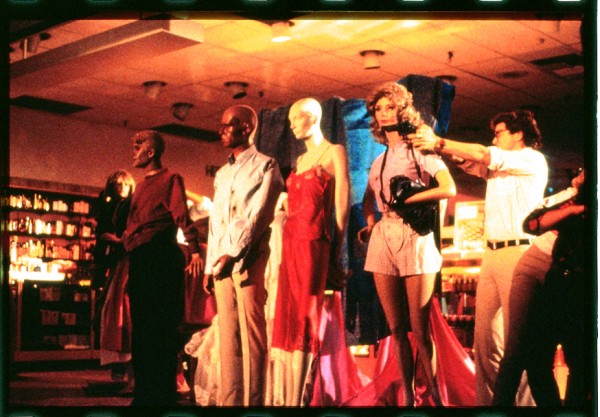 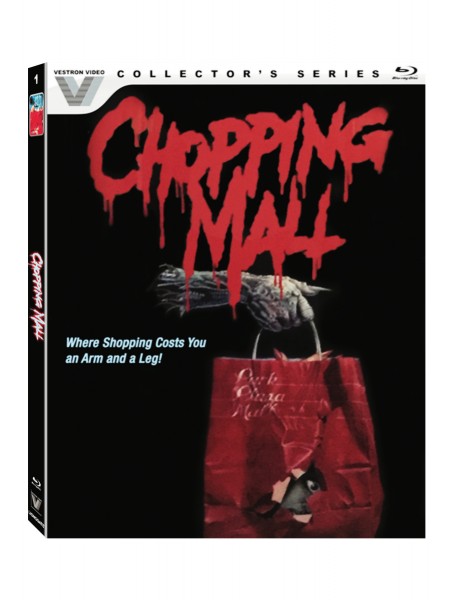 So many things about the new Chopping Mall Blu-ray make me happy. I love that Lionsgate is bringing back Vestron Video, a logo I saw oh so many times on VHS growing up. I love seeing the exteriors of the Beverly Center in 1986 and the interiors of the Sherman Oaks Galleria that was destroyed long before I got to L.A. I love the Blu-ray quality picture showing the ‘80s in full glory.

Chopping Mall had ambitious laser effects and explosions. Back in the ‘80s, a cheap horror movie made for under a million could still look comparable to the real thing. It wasn’t all computers. 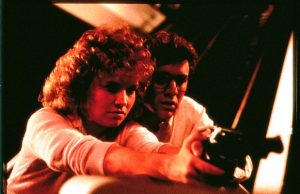 I always imagined an action movie set in a mall and I never really got my Die Hard in a mall. There’ve been mall scenes in action movies but not a whole movie. Chopping Mall is scrappy, and only 77 minutes including credits, but they did it. If you suspend your disbelief that those slow, there’s real suspense about which of the characters is going to survive. It’s exciting to see those teenagers fight robots. They are smart survivors finding weapons in the mall to defend themselves.

The Blu-ray transfer of Chopping Mall is consistent and clear. It still has the film grain and you could imagine watching a blurrier version of this on VHS, only now with brighter colors. It was the ‘80s and everyone dressed the part.

One interesting scene of gratuitous sex features a woman who doesn’t allow oral. Is this a male’s fantasy about a sexual partner who only wants to please him? If so, that’s a lame man’s fantasy. I chalk it up to hey, it was the ‘80s. 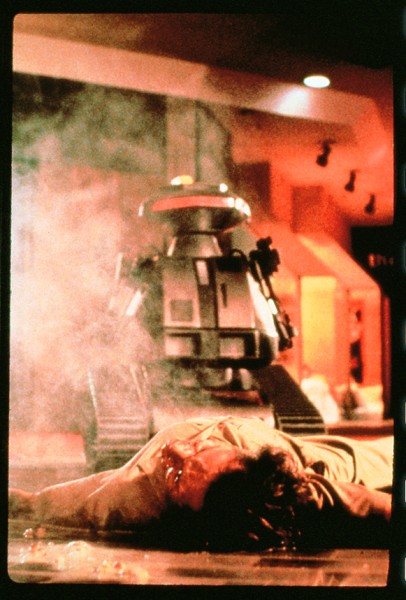 Most of the cast return for new interviews including Kelly Maroney, Barbara Crampton, Russell Todd, Nick Segal and John Terlesky, along with writer/director Jim Wynorski and screenwriter Steve Mitchell. If you’re looking for Suzee Slater, she disappeared. They say on the commentary track that they tried to find her.

Plenty of bonus features explore the making of the film, the killbots themselves, a critical  analysis in the fan/historian commentary and even a lost scene. The historian in me enjoyed shots of big city theaters with Chopping Mall on the marquee. This was a trip back to the ‘80s I will take again and again. 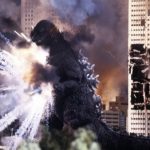 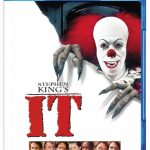