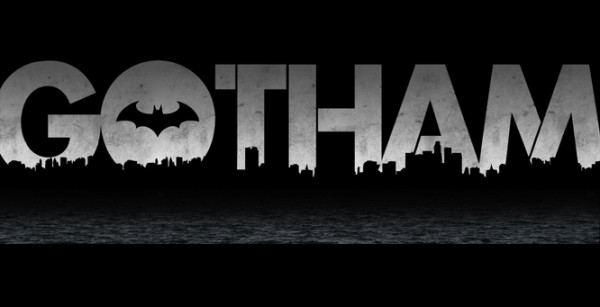 The Mad Hatter does indeed wear a tall top hat. He is a performer, so he’s supposed to be a little flashier than most. Jervis Tetch is a hypnotist, and a pretty darn good one. If you look deep into his eyes, and listen to the ticking of his pocket watch, he can put you into a deadly trance. And once mesmerized, he can make you do anything from quack like a duck to kill yourself. The only other person who can do that is Fish Mooney. And she had to die and get brought back to life before she acquired that kind of power. Luckily she isn’t in this episode, so there’s no conflict between the two mind-control villains. I wonder if there abilities would cancel each other out.

Well it’s morning, and Jim Gordon and Miss Vale have different attitudes about their love connection. Jim sees it as a possible beginning, while Vale seems to be of the one-night-stand mindset. That’s always awkward. But speaking of awkward, Jim runs into Lee at the GCPD. Captain Barnes just gave her her old job back. You see, she moved back to Gotham WITH a new Fiancé. He got a job at a Gotham Hospital so they had to relocate. Jim and Lee are curt and polite. And after Jim gets his head bashed in during a fight, he ends up meeting Mario, Lee’s new man. Of course he assures Mario that he is completely over Lee. But quickly ads that if he hurts her he’ll be tracked down and killed. Yeah, that’s a nasty threat. But what Jim doesn’t know is that Mario’s dad is Carmine Falcone, the former crime boss. So killing Mario Falcone wouldn’t be all that easy. And this is just a guess, but I’m pretty sure Lee is going to get hurt.

The Mad Hatter targets a rich couple and takes over their house. He has the husband kill his wife, and then himself. Then the Hatter goes on the hunt for his missing sister, Alice. She was sent to Doctor Hugo Strange because of an abnormality in her blood. If anyone touches it they become a kill-crazed zombie. So the Hatter goes to Gotham’s #1 bounty hunter, Jim Gordon, for help. And he offers Jim twice what the GCPD is paying for Indian Hill escapees. So with greed in his eyes, Jim takes the case and goes looking for Alice. That’s when he gets his head bashed in. BUT, he does find Alice. Though she doesn’t want to be found by her brother. She knows he’s evil. The Mad Hatter doesn’t take rejection well.   So when Jim shows up asking questions, without Alice. He does his thing and tells Jim to jump off the roof and die. But Luckily, Alice shows up in time, with a gun. She saves Jim and scares off the Hatter. But this is a two-part episode, so we’ll see Jervis Tetch again next week.

With Mayor Galavan dead, former Mayor James wants the job back. He’s the guy that spent most of last season with his head in a locked box. But Oswald Cobblepot throws his hat in the ring, pointing out Mayor James’ incompetence. The Penguin wants to be Mayor of Gotham. I guess murder, and those other past felonies, don’t disqualify him. So he sets up his campaign office and begins the election process. Though he’s missing a vital member of his team. That’s why, upstanding candidate Oswald Cobblepot, blackmails the head of Arkham. He has Edward Nygma declared sane, so he can join Penguin’s crazy campaign. So now Penguin and the Riddler are in cahoots. After all, they were both institutionalized at Arkham and given phony sanity certificates. That makes them birds of a feather.

And lastly, remember when Bizarro Bruce showed up at Wayne manner last week? Well, the real Bruce vetoes Alfred when he wants to call the police. And they let the weird Bruce clone stay on as a guest. But that’s a big mistake. That’s why letting adolescent Bruce Wayne call the shots is so stupid. He always screws up. So fake Bruce, who calls himself ‘Five’, like the number, begins to take over Bruce’s identity. He learns to talk like Bruce. Five cuts his wig, I mean hair, to look like Bruce. Then Five steals Alfred’s car and goes looking for Selina. But we don’t know why yet. It can all be part of a bigger plan. Or maybe Five is just a pervert. But when he finds Selina, he convinces her he’s Bruce. And they supposedly drive off looking for Ivy. STAY TUNED!!!