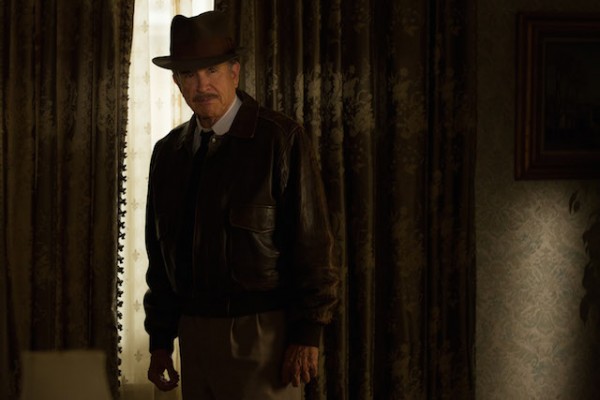 Rules Don’t Apply made me lament all the characters Warren Beatty could have played in the last 15 years but did not. He is very good as Howard Hughes, and could surely bring that to other roles he may not have been directing. Rules Don’t Apply isn’t very extraordinary in any other regard. 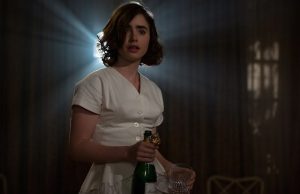 Hughes (Beatty) calls in a group of actresses to audition for a role, although stays as remote as possible due to his compulsions. He zeroes in on Marla Mabrey (Lily Collins), as does his driver Frank (Alden Ehrnreich), but the love triangle is minimal since Frank wants to protect his job.

Beatty does a great job building up the presence of Howard Hughes with his off camera dialogue, as he refuses to see people. When he finally appears, emerging from shadows in a candle lit room, it is a dramatic entrance. Once introduced, Hughes displays some of the compulsive behavior he’s famous for, but pales in comparison to Scorsese’s portrayal of him during the same time period in The Aviator. 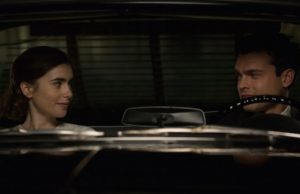 Frank is not developed enough for us to relate to his rise in the Hughes business. He’s got a plot of land he wants Hughes to buy, but when we’re supposed to feel like he’s sold out later, we realize we never got a chance to buy into Frank before he sold out. I’m certainly not invested in his feelings for Marla. Marla’s story is the corrupted Hollywood dream, still relevant but nothing new or insightful about it.

Hughes is depicted not quite erratic enough to be gripping, more like an unreliable guy who keeps letting people down. I can certainly relate to placating a boss who changes their mind on a whim, but none of them pay me enough to deal with unreasonable personal demands. Maybe if I were working for a billionaire I’d put up with it.

By the time Hughes flies a plane recklessly, I didn’t feel any sense of danger. His mania had been portrayed but I never felt he’d be life threatening. Plus, we know from history that’s not how he died. “I’ll leave this country and never come back” is his repetition phrase but he doesn’t say it nearly as much as Leonardo DiCaprio said “Wave of the future.”

Rules Don’t Apply may make old time Hollywood veterans nostalgic, but it won’t make any young viewers enamored with the era. It doesn’t really break any rules either. This is exactly what we’d expect it to be and a lackluster version of that too.