After a long and frustrating Christmas trying to hunt down the mediocre CLASSIC NES MINI for a gift for yourself, friend, or family, Nintendo is planning to “release” the Super-NES MINI.

The Super-NES Mini is a great idea but the problem is that Nintendo will make fans walk over cut glass to get one. After nearly two months, the NES Mini is still impossible to find with the company claiming they can’t keep up with demand. Personally, I don’t buy the excuse and think they are artificially creating hype. It’s not like the Mini is using new technology or offering new games making it difficult to manufacturer. For example, clone bootlegs on the NES offering hundreds of games have been on the market meeting demands for years now. Should Nintendo ask them for help?

On the bright side of things, scalpers on places like eBay & Amazon are going to make some big profits. Merry Christmas to them! 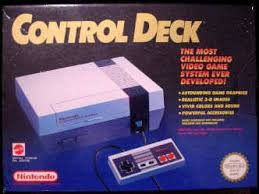