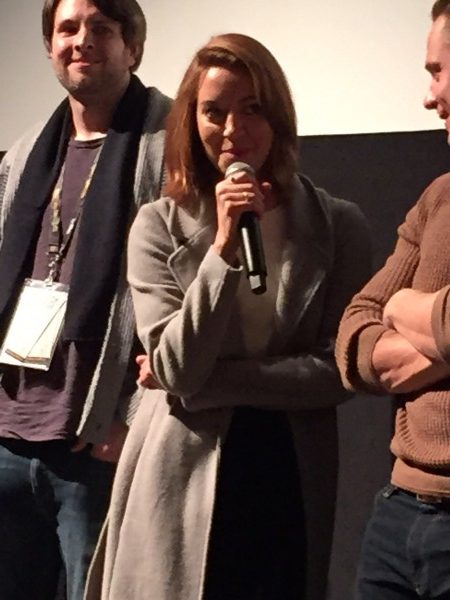 Aubrey Plaza had two movies at Sundance, The Little Hours and Ingrid Goes West. We were at the premiere screening for Ingrid Goes West, a comedy starring Plaza as a social media obsessed woman who stalks her favorite Instagram star. After the movie, Plaza spoke about producing both films.

“We started working on Ingrid Goes West before I did The Little Hours,” Plaza said. “I think when I first met with [director] Matt [Spicer], I read the script as an actor and loved it so much. I don’t know how I became a producer. I don’t remember. I really loved it so much that I really wanted to do it. It was an organic kind of thing. I really wanted to be involved in getting the cast together. I think it was helpful for me to take on that role also having gone through The Little Hours where I am a producer on that movie but I’m not like Liz Destro who’s the real producer of that movie. I helped with the cast on that movie but for this movie I was involved in every step.”

Ingrid was a dark character for Plaza to play. “Well, it was actually a little bit f***ed up for me,” she said. “I think the whole shoot  was really fast and we had a lot of stuff to do. I’d never been in a movie where it’s really from my perspective, so psychologically that was a different kind of thing for me. I think it was kind of scary little bit at times but I made it through the other side and I’m really glad to be here. It was hard but I was surrounded by an amazing cast of people and Matt was a really amazing partner as a director. O’Shea [Jackson, Jr.] provided about 20 boxes of pizza every day for the crew, Dunkin Donuts and different snacks for everybody every day and kept the crew happy. I had a lot of support.”

Casting Jackson as the leading man led to a comical misunderstanding. Jackson plays Dan Pinto, Ingrid’s landlord and aspiring screenwriter of a Batman spec. “I sent him a message because I had just read the script and I was presenting at an awards show, like I do,” Plaza said. “I just had an idea in my mind that oh, maybe, I don’t know, maybe he would be a funny Pinto. So I messaged him and said that I have an idea, gave him my number and said, ‘I have this idea, a script. If you think it’s a cool idea, let me know and I’ll e-mail it to you.’ That’s what I did. I get a text message from a number I don’t recognize a couple days later that said, ‘It’s Batman.’ I for some reason thought he loved the script. So I texted Matt and said, ‘I think he really liked it.’ I said to you, ‘Yo, you’re Batman.’ And he said, ‘Yeah, I’m Batman.’ It turns out that I never got his e-mail. That was a fantasy in my mind I had created for myself. I don’t know what he thought we were meeting about.” 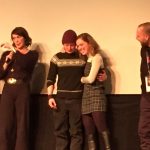