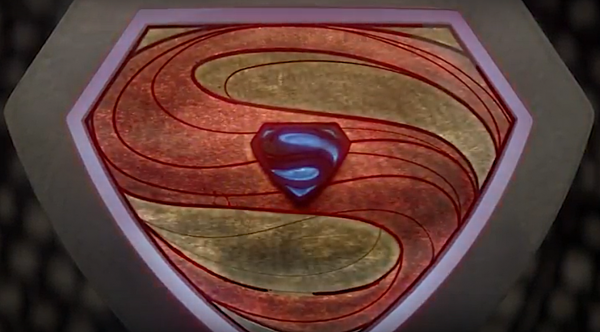 Superman’s Grandfather is getting his own series on the Syfy Channel, and it looks AMAZING.  This prequel looks more BattleStar Galactica than Gotham, and that’s a good thing.  Superman left Krypton as an infant, so he won’t be making an appearance.  But from the kickass trailer, it appears that the story is being told to Kal-el, probably as digital-type records programmed into his ship, to fill him in on his family tree.  Anyway,  in the trailer we get a good look at Krypton, which has the same vibe as the opening sequence of Man Of Steel.  And we see Grandpa-el as a young man, with the ‘S’ crest.  And he appears to be the same crest that becomes the symbol for Superman.  Which means the series appears to be part of the cinematic DC Universe.  Which is really cool.  But this is the past and another galaxy,  so there won’t be any superheroes stopping by.  Though they could incorporate the non-human member of the Green Lantern Corps that patrols that sector.  Or we could see the creation of the A.I. known as Brainiac.  At one point in the trailer it looks like there is a city in a bottle, which would be a nod to Brainiac.  But who knows what Executive Producer David S. Goyer has in store.

HERE’S WHAT WE KNOW:  The series will follow Superman’s grandfather Seg-el, played by newbie Cameron Cuffe,  as he fights to redeem his family’s honor and save his world.  “The World of Krypton.”    Check it out.  It’s a great time to be a Superman fan!!!

Sorry But, The Trailer Was Removed By The Network 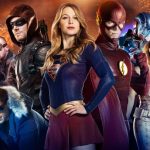 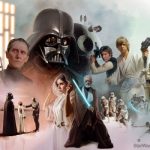