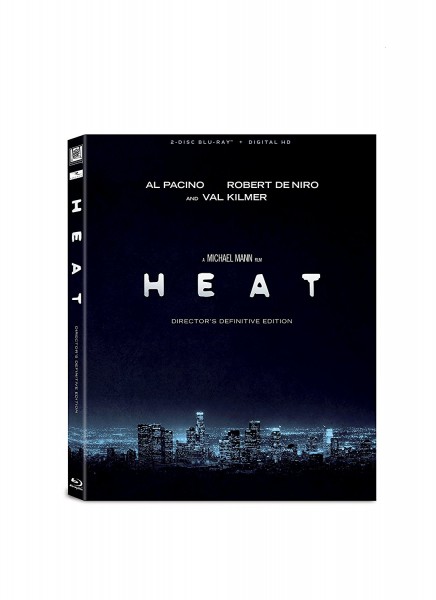 Michael Mann is a filmmaker who always likes to go back and tinker with his movies. There was a new cut of Ali recently too. I can’t pinpoint specific differences between this edition and previous editions of Heat but there are many other reasons to own it.

I also can’t quite tell the difference between this transfer and the Warner Brothers Blu-ray of Heat. It still looks crisp and sharp. Colors are real, like I drive by these LA spots now. You can still see the film grain which is now as nostalgic to me as 1995.

Previous bonus content is still included but two new Q&A’s feature heavy hitters. The Academy Q&A is better because it’s got the whole cast and it’s Christopher Nolan asking the questions. There was a reason Pacino’s so outrageous in scenes. Find out what take of the Kate Mantilini scene is the legendary scene in the film.