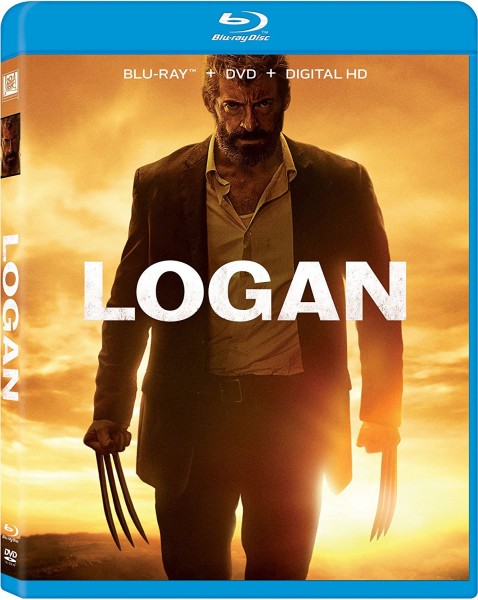 Logan was a bold way to send off Hugh Jackman’s portrayal of Wolverine, in an R-rated mature final adventure. The Blu-ray also includes the much discussed Logan Noir version in black and white. It’s a great package that gives you everything you loved about Logan and more.

In color, Logan looks as great as it did in theaters. It’s new and sharp and crisp. The look goes from dry brown desert to nighttime farmland to the lush forest finale, and you see all the detail in Logan’s scars.

There’s really no difference between Logan Noir and turning off the color yourself, except they put an old 20th Century Fox logo and a Cinemascope logo in front of the movie. But did Logan Noir really need its own disc?

I wasn’t as impressed watching Logan Noir as I was seeing Mad Max: Fury Road in black and white. Logan still looks digital. You can’t change that, so it’s not really like an old Hollywood classic. Black and white also numbs some of the graphic violence so I wonder if Logan Noir could’ve gotten a PG-13. At least it’s all included in one package, rather than wait like Fury Road.

Director James Mangold gives an in-depth commentary on the themes of the film, casting, the freedom to explore grown up ideas, down to the minutiae of shooting schedule for specific natural light. He does point out the difference between lighting in black and white versus color.

Mangold gives instructions for how to read any film using signposts early and late in the film. I agree with him about the impact of green screen on the audience.  He also refutes the take that Logan is dystopian. It’s not. It’s just real.

Among seven minutes of deleted scenes, the most shocking is a mutant child telepathically killing soldiers. They deserve it but it’s ballsy.

The behind the scenes runs 76 minutes. It’s in depth but my biggest takeaway is what scenes were soundstage a with a blue screen background. The parking lot outside was cgi. The fight section is best with all the details of x-24 doubling and giving Laura foot blades that work.