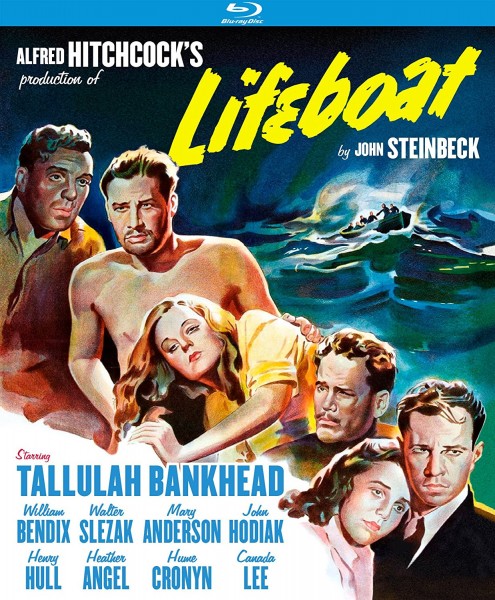 On Blu-ray, the picture shows its age with some occasional scratches, and extra grain in processed shots like dissolves. The tight frame on the boat holds up sharp with black and white making the surrounding ocean a pit of despair.

A new film history commentary from Tim Lucas is packed with information about the production, cast and filmmakers. Lucas seems he took the time to prepare scene specific commentary which is appreciated. The old DVD commentary by film studies professor Drew Casper is, as indicated, more theoretical and aesthetic.

Also included is a 12 minute section of the famed Hitchcock/Truffaut conversation presenting Hitchcock’s reflections on Lifeboat. I don’t know how much of this made it into the Hitchcock/Truffaut documentary, but 12 minutes on each of his films would certainly be worth including on individual DVDs and Blu-rays.

“The Making of Lifeboat” also comes from the previous DVD. You can see the difference between the standard def picture and the blu Ray. Blu Ray has more character, more like a living picture. Obviously you get more depth in the 97 minute commentaries than the 20 minute edit of soundbites.