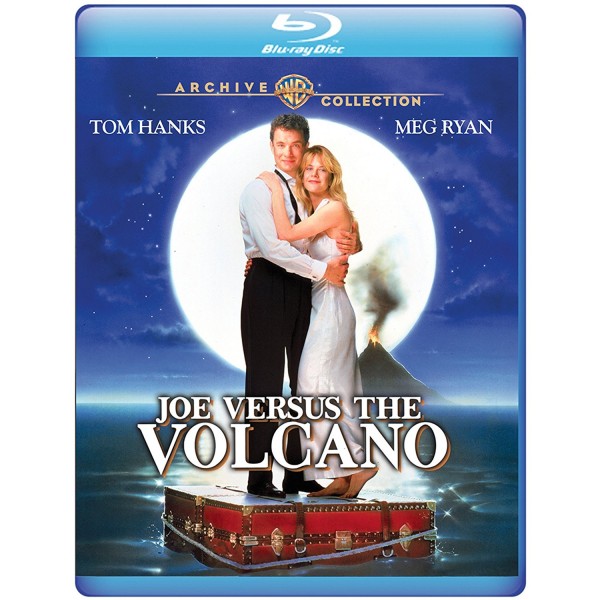 This review is dedicated to Scott Richmond. We did not see Joe Vs. The Volcano together but we both saw it on opening weekend because we were just looking forward to the new Tom Hanks comedy. On Monday morning in school we talked about it. I had loved it but he didn’t like it. The surreality of it didn’t work for him. Since I became a professional film critic and still praise this movie, Scott has promised to revisit it, and I think the Warner Archive Blu-Ray is the perfect chance for him.

Written and directed by John Patrick Shanley, Joe Vs. The Volcano is a quirky fantasy that’s really about more than the straightforward wacky adventure. Joe (Hanks) is a working stiff diagnosed with a terminal brain cloud. With six months to live he volunteers to jump into a volcano to help a businessman appease a tribe.

Maybe in 1990 we were too literal. Heck, we still are. The trailers for Joe Vs. The Volcano showed Tom Hanks dancing on a raft, which we would learn is made out of his luggage, but they were selling more Bachelor Party/Turner & Hooch. The march in to work, the circular phone call Joe’s boss (Dan Hedaya) is on, Meg Ryan playing three different characters, the zig zag that appears throughout the film from the factory to the volcano, and natives banging gongs with humans all told me this was not to be taken seriously. Thematically, yes, but narratively, just go with it.

Perhaps this is where I first began to realize I wanted movies to make less sense. I want to see movies where jumping into a  volcano is not fatal, where island natives drink orange soda (generic though, not Sunkist or Crush), where luggage floats up from the ocean to save the day. Besides, if you wanted the realistic version, Hanks delivered 10 years later in Cast Away.

The Joe Vs. The Volcano Blu-ray offers a sharp widescreen frame, where you see all the detail in the gritty mud in the parking lot, and the oppressive fluorescent office lighting. You really appreciate how they created the surreal oppressive tone of the first act. Even the doctor’s office is lit like a film noir. It brightens up when Joe goes shopping for his trip. Color comes in when Joe arrives on LA. Meg Ryan’s red hair and flamboyant outfits as Angelica steal the scene from the coastline. The voyage gets really magical with the constellations and moon over the sea, although you do see some artifacts when it begins to rise. The full moon shot is clear though.

The Blu-ray also includes the 1990 behind the scenes with VHS quality junket sound bites and a “Sixteen Tons” music video tied in with the movie. I miss those movie themed music videos. This is no “Goonies R Good Enough” but it’s good. It’s got scenes from the movie and Eric Burden recreates the factory setting. 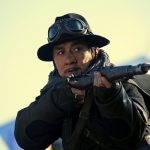 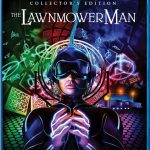